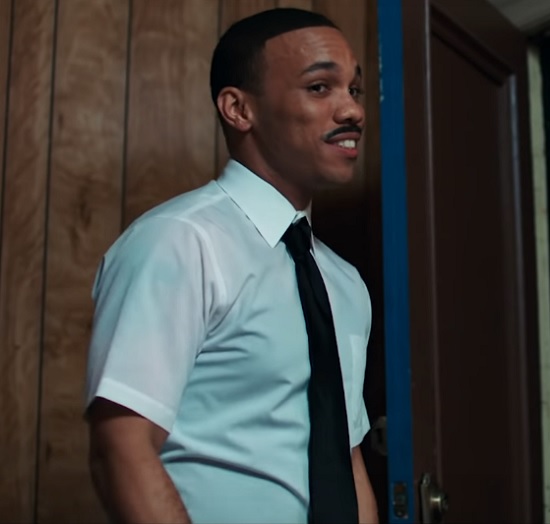 Anderson .Paak has us hyped for his upcoming album Oxnard, which is set to arrive next month. "Bubblin" got us open initially, but it was the smooth groove of "Tints" that really made us anxious to see what Anderson would bring to the table this go 'round. Like "Bubblin" before it, "Tints" also gets an interesting and eye-popping video, with Mr .Paak giving us a unique view of Cali life through multiple viewpoints.

We start off with Andy and his girl seemingly coming back to a discussion they had prior to the video, with her saying she wants to see an "unmasked world." This prompts his mind to wander through the streets of Cali (though exactly where isn't actually said). We see multiple versions of AP in clip, from an apparent kidnap victim who's been abducted by a few NRA members to a clean-cut family man with one helluva wild side. With each persona, he and director Collin Tilley show the duality of what we present to the world versus what we don't necessarily want folks to see. Helping in this narrative is guest Kendrick Lamar, who sports an oxygen tank while the Grim Reaper waits when we initially see him and moves to a couple other personas before his verse is done. But he's not the only notable face that pops up. Dr. Dre and his wife Nicole Young also come through with a cameo as does The Internet's Syd, who drops in during the clip's final moments.

Oxnard is set to hit stores on November 16th and has its fair share of features from some notable talent – including Q-Tip, Pusha T, Snoop Dogg and BJ The Chicago Kid. Get into the full tracklist below after peeping the video for "Tints."