Anderson .Paak To Take Us To ‘Oxnard’ In November 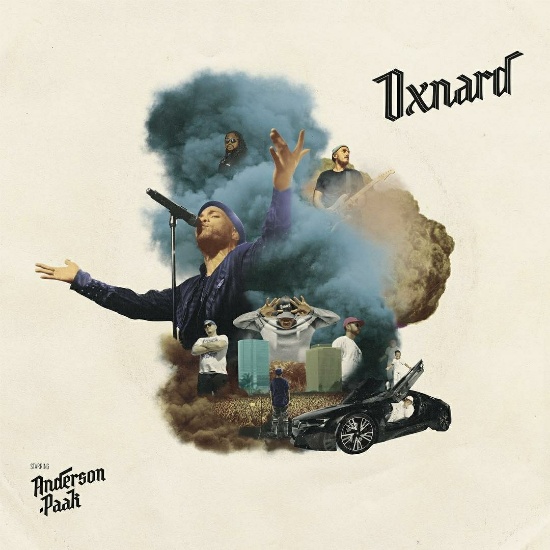 Anderson .Paak has been teasing his third album, Oxnard, for the better part of 2018. He gave us the first listen of new music with the electrifying first single "'Til It's Over" way back in March. Then in May, he broke us off with the jam "Bubblin" that set spring and summer off with its wacky video and with the Busta Rhymes-featuring remix. And just last week, he dropped yet another bomb with his latest single, "Tints," a collabo with Kendrick Lamar. Although we've appreciated all these samples, we're ready to feast on the main course! Thankfully, Anderson won't keep us waiting for his soul food for too much longer with his announcement of Oxnard's release date and the big reveal of the album cover via social media.

Nixing any speculation that he'd drop the album by surprise (although anything is possible), .Paak will release Oxnard on Friday, November 16th. Named after his Southern Cali hometown, Oxnard will complete his "beach series" that started with Venice and Malibu. Unlike the bright and busy artwork that emblazoned those covers, the artwork for Oxnard has a more neutral color scheme and subdued look with paintings of Anderson and band members from Free Nationals leveled up and surrounded by colorful plumes of smoke.

Aside from Kung Fu Kenny, expect to hear features from J. Cole and Pusha T on Oxnard. The only thing that Anderson hasn't unveiled yet is the tracklist, but rest assured that he and Aftermath label head/executive producer Dr. Dre have cooked up a whole collection of hotness. The album isn't available for pre-order just yet, but you can own the singles "'Til It's Over," "Bubblin" and "Tints" right now on iTunes.