Ciara Takes Us Back To Our Pep Rally Days In ‘Dose’ 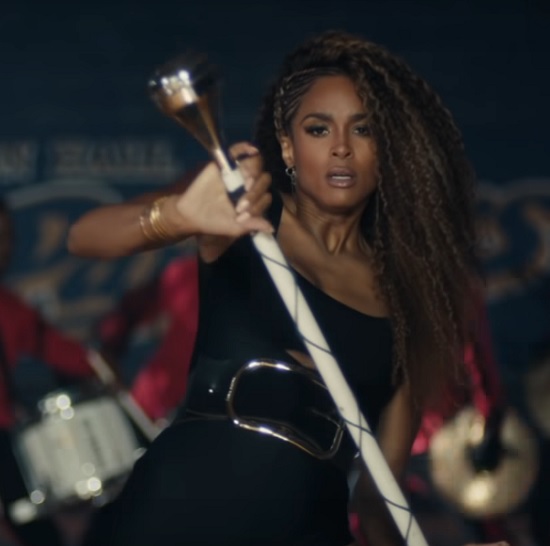 Ciara has been giving fans what they want all year with the release of several songs and videos ahead of what we're speculating is a new album. She's also hit us off with an epic video for her hot single "Level Up" and what we thought was the official music video for "Dose." However, it seems that the clip was actually a teaser for what is an even fiercer visual for the bumpin' single.

Ciara is leaning even harder into the marching band sound and inspiration for the song in the track's official video. Filmed entirely in an Atlanta high school gymnasium, it finds a full band marching to Ciara's beat as she plays the role of drum majorette complete with one-legged leotard, baton and fire dance moves. She and her troupe of dancers stomp the floor with abandon while bringing the noise with the band and hanging with a few special guest dancers. While each of the guests lights up the screen with their moves and personality, it's Atlanta Mayor Keisha Lance Bottoms who steals the show while bustin' out some ol' school dances with the hometown girl.

"Dose" was already a jam before this clip, but we'd be lying if we said this didn't make us want to hit up a high school or college football game to check out the halftime show. Get your life when you check out the video for "Dose" below.