Ciara Hits Off The Streets Of ATL With A Little ‘Dose’ 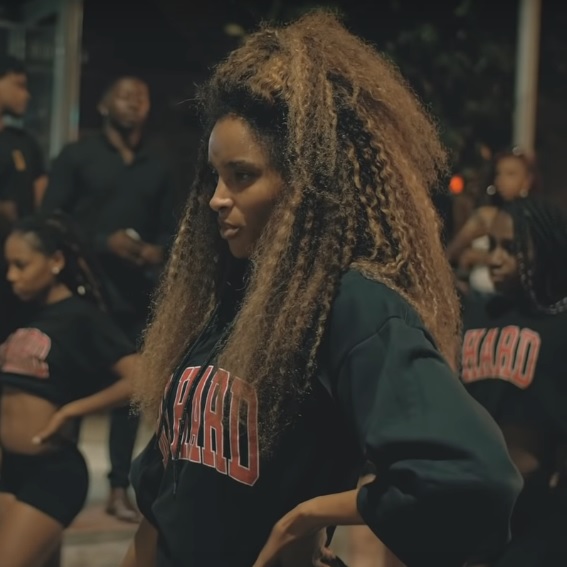 Ciara has got something cooking, though she's holding it all pretty close to her chest. The singer delivered a surefire hit with her jam "Level Up" and then tested the waters with her single "Freak." Now it looks like she's locked into "Dose" as the next step in her return to the music scene. To that effect, the singer took it back home to ATL to give everyone a taste with one of the livest pep rallies we've seen since our days on the quad.

The video starts off with fans snapping pics and videos for the 'gram as CiCi gets ready for a one-of-a-kind performance. They all seem to be Ciara die-hards, so you know the "Body Party" singer is going to go hard — and not just because it's written across her and her dancer's shirts. She and the dancers give their best majorette impression with moves choreographed to precision that made us think of spending a Saturday night in our college stadium. It's a fitting way to go since the song's production is heavy on the marching band sound. And just when you think that Ci has given us her all, she calls out a few more talented ATLiens to do some high-flying tricks for the audience before closing everything out with a full on party in the streets. Is that the end? It doesn't look like it, as Ciara ends the clip with the promise that "it ain't over." We're definitely keeping our eyes peeled for whatever's coming next.

Ciara has yet to let us know what we can expect from her upcoming project (is it an album? EP? Is she just dropping singles?), but we have a feeling we'll be getting word about it sooner rather than later. Until then, enjoy this latest "Dose" of Ciara below.


TAGS:  ciara
Previous: Inaugural Smithsonian African American Film Fest To Take Place In Washington, D.C. This Week Next: Normani & Calvin Harris Cross A Collaboration Off Their ‘Checklist’ & Make It Hot With ‘Slow Down’