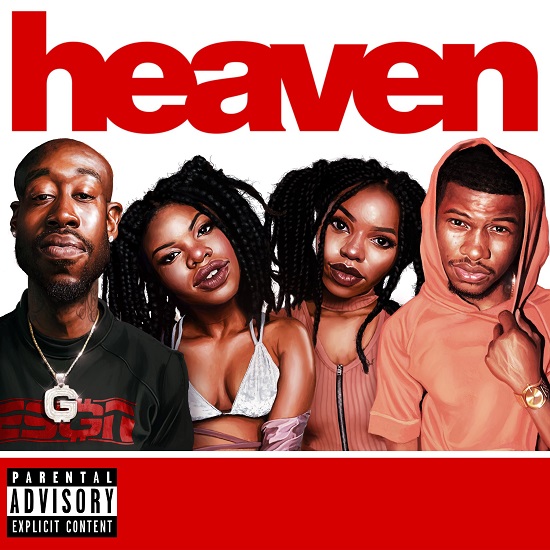 Producer IAMNOBODI has been lacing us with nothing but heat since he first burst on the scene. Now he returns to prove that he's still got it with his latest release, the single "Heaven" featuring guest artists VanJess, Nick Grant and Freddie Gibbs.

On the mid-tempo jam, IAMNOBODI works his musical magic on this bouncy, throwback tune with a trifecta of talent we never knew we needed. Things kick off with Grant, riding the '90s West Coast vibes effortlessly as he details how life has changed now that he's collecting his coins. Freddie Gibbs brings up the rear, his gravely delivery describing in detail his rags-to-riches tale of trading in his less-than-perfect early years to pursue his musical dreams. Sister duo VanJess rounds out this dream cast of collaborators, their blended voices serving enough classic realness to leave listeners feeling nostalgic.

The nostalgic vibes are further ramped up thanks to IAMNOBODI's interpolation of Luther Vandross's 1982 single, "Better Love." This isn't the first time that the producer has found inspiration from the Vandross original. In fact, he reworked the same song back in 2016 as "Luther's Joint," proving that the possibilities are endless in the right hands. Take this sunny song for a spin and see if it doesn't leave you motivated to keep pushing.