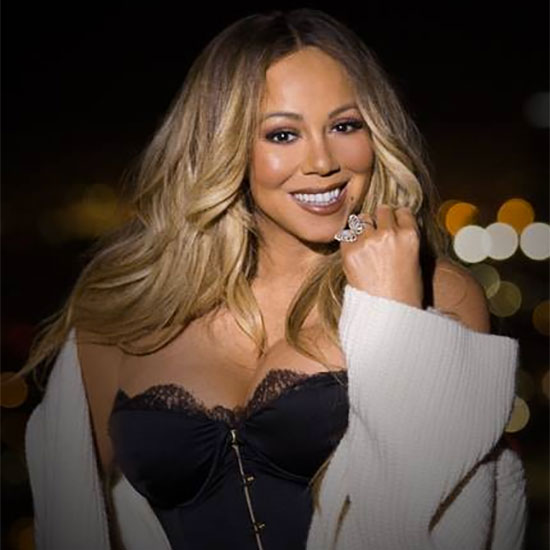 Mariah Carey woke up on Monday morning, put on one of her many shimmery evening gowns and decided to surprise her legion of lambs with the album news they've been waiting on pins and needles for. In a brief video posted across her social media pages, Mimi was joined by her son Moroccan to announce her forthcoming 15th studio album's title and release date. *drumroll* Ladies and gentlemen, prepare your hearts and minds for the worldwide release of Caution on Friday, November 16th.

The elusive chanteuse didn't share any other details about the project, such as the tracklist, complete list of collaborators or cover art, but we suspect the currently coy Carey won't keep fans hungry for all things Mariah in suspense too much longer. She's already given everyone a couple of tasty samples from Caution with the buzz single "GTFO" and the official single "With You." We already know that she's worked with songwriter Bibi Bourelly and producer Nineteen85 on the former track and DJ Mustard on the latter, so it's clear that the iconic diva is embracing younger talents to keep her sound fresh. We'll see just how trendy she gets, but we seriously don't think we're gonna get Trap Mariah on Caution like we got Trap Usher on "A." At least we sincerely hope not. Time will certainly tell when Caution drops next month, and we decide if the album gets put into heavy rotation or thrown to the wind.


TAGS:  Bibi Bourelly, DJ Mustard, mariah carey, Nineteen85, usher
Previous: MAJOR. To Spend This Fall On The ‘Better With You In It Tour’ Next: SoulBounce Exclusive: Killiam Shakespeare Takes Us Along On A Musical Journey In Joint Video For ‘Crispus Attucks’ And ‘Salt & Pepper Wings’