Nivea Makes A Comeback In Dramatic Fashion With ‘Circles’ 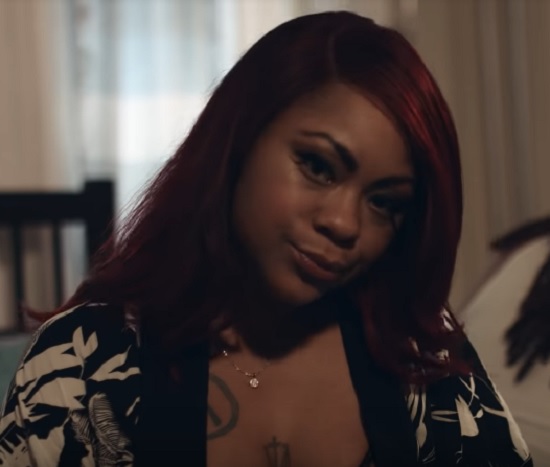 Though Nivea had her moment in the early 2000s with jams like "Don't Mess With My Man" and the crunk & B cut "Okay," the singer has been unfairly reduced to "just the babymama" of her superstar beaus Lil Wayne and The-Dream. She reemerged last week to take back control of her narrative with the BET digital feature Finding: Nivea and she's cashing in on that momentum to restart her career. The first part of that journey is the release of her newest single, "Circles," and the song's very dramatic video.

"Circles" is a classic toxic relationship song on which Nivea laments the cyclical nature of her and her no-good man's tumultuous love affair. "This ain't makin' sense /Fuckin' with my friends / 'Posed to be my man / What is happenin'?" she opens over a dramatic guitar loop, sparse drums and slight synths. The ominous feel of the production lends to Nivea's storytelling as she works her way to the chorus, where she sings, "Everything you said / Everything you did / Got me runnin' 'round in circles."

While the song leaves some room for ambiguity, the song's video is much more definitive. We see Nivea and her dreadlocked boo in the midst of a heated argument in their Brooklyn apartment. Though he doesn't seem to be heeding her words, it's quite obvious that the red-haired singer is a woman fed up. That doesn't stop her from slipping on her most seductive outfit and putting on a sexy little show for her man — including a little trick she does with a pair of handcuffs. After he's good and restrained, Nivea then decides to show him what she can do with a gas can and a lighter, putting the fear of God in him before she simply walks out the door and out of his life.

"Circles" is our first taste of Nivea's upcoming double album Mirrors/The Randy Watson Project and, thus far, we're not too mad at what we're hearing. Get into both the unedited audio of the single and the song's dramatic video below.