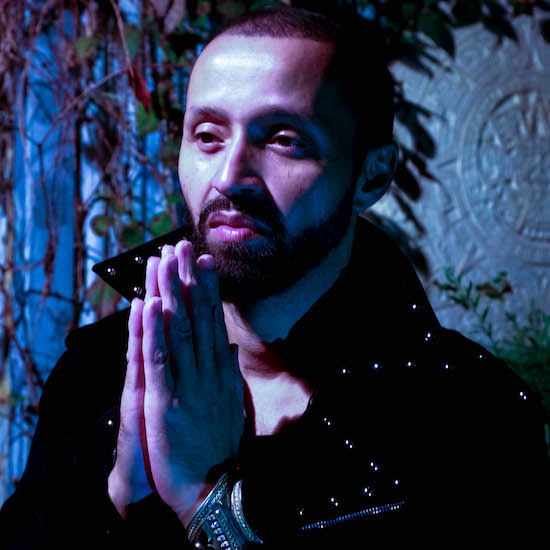 It's been almost a year since we first caught word that Dolphin had a new album in the works and on the way. He whet appetites with the hypnotic lead single "Ancient Baltimore" this past December, and since then he's teased a handful of songs throughout the year. Now the multi-talented artist is finally ready to release his next collection, entitled Ancient Baltimoor, but before he liberates the epic double album he's providing a first listen of his new single "Mirror Images (Where The Roses Are)" in a SoulBounce exclusive world premiere.

Entirely written, arranged and produced by Dolphin, who also played all instruments on the track, "Mirror Images (Where The Roses Are)" is another genre-bending record. He takes elements of soul, funk, jazz and Bossa Nova to create a danceable groove. It's easy to get lost in the music as it pulls you to swing and sway to the pulsating rhythm. But beyond its seductive sound, his lyrics will really make you swoon.

Dolphin is a man in love and inspired. "You are the perfect goddess of love," he proclaims on the second verse to his one and only. On the chorus, he assures her that he'll be there through the good, bad and ugly. "Even in the thunderstorm / When the thunder strikes and the lightning roars / I'll even disregard my odds / Anything in this world to be with you," he convincingly croons.

"This is a pure declaration of spiritual commitment and connection to another," Dolphin shared with us about the deeper meaning to the song. "When I wrote it I felt the love and conflict, the life in the music. The movement of the music gave me the courage to say 'I will never leave you.' And truly mean it."

"Mirror Images (Where The Roses Are)" is an unapologetic declaration of love filled with praise and worship for his lady. He is smitten and so are we.

Dolphin assures us that Ancient Baltimoor, which he describes as a "sizable collection of" both "dirty and beautiful" songs, is coming sooner rather than later, with the album currently in the final mastering stage. While we wait for a firm release date, immerse yourself in the beauty of "Mirror Images (Where The Roses Are)" and share it with your loved one.


TAGS:  audio, Dolphin
Previous: Mariah Carey Is Helplessly In Love On ‘With You’ Next: SoulBounce Exclusive: Sam Ravenna Pours His Heart & Soul Out On ‘Can’t Be Replaced’