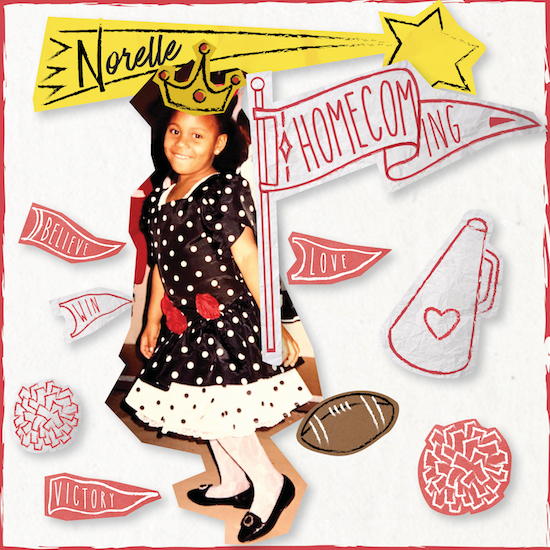 Fresh from performing at the 4th annual TIDAL X Brooklyn benefit concert as part of the all-star house band led by Adam Blackstone last night, today singer/songwriter Norelle is ready for her next chapter. The songstress is primed for the spotlight and proud to present her debut single, "Homecoming," in a SoulBounce exclusive world premiere.

Norelle, who formerly performed under the name Lolah Brown, landed back on our radar this past January thanks to her Sade tribute EP, To Sade, Love Norelle. The solid cover project was a great reintroduction to her talent with her stylish interpretations of well-known classics. Now Norelle is showing what she's capable of with her own original material and making more magic on "Homecoming."

Although it's homecoming season and the song features a marching band performing Aaliyah's "At Your Best (You Are Love)" for its intro, Norelle digs a little deeper than the annual celebration. "'Homecoming' is a song about victory!" she told us when we asked about her inspiration for the record, but don't get it confused with winning a football game. "It's about overcoming obstacles primarily of the mind and getting to a place of being centered, loving yourself, having a positive outlook on life, speaking positively over yourself and ultimately believing in yourself."

Norelle used her own experiences of overcoming self-doubt, insecurity, depression and a myriad of other negative emotions to guide her pen alongside co-writer Romero Mosley. Together with co-producers Jay Swifa and Mr. Damention they crafted an upbeat R&B song that reflects Norelle's positive disposition on life. "Woke up in the morning and the sun was shining / And I told myself that this would be the best day of my life," she happily sings on the first verse and her joy is contagious throughout.

"In light of the times we're in, I just wanted to spread some love, light and positivity and encourage people to keep believing!" Norelle also shared about "Homecoming," and she definitely accomplished her mission. Not only is this track her debut single, but it's the first listen from her debut EP Green House, which will be released in early 2019. Until that time, listen to this sample of "Homecoming" and let its positive vibes serve as your guide.