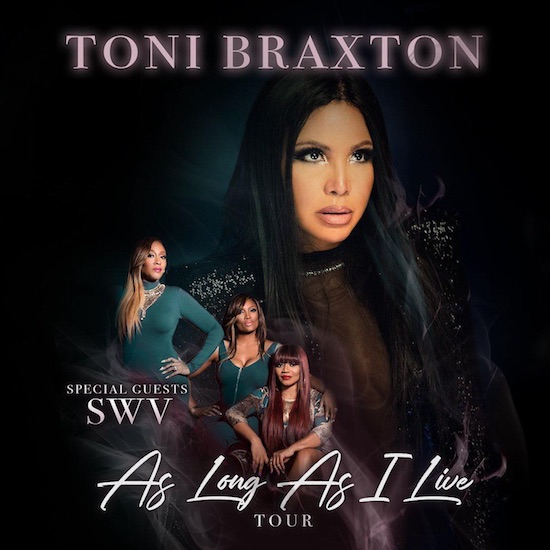 It's been 25 whole years since Toni Braxton released her eponymous debut album. She celebrated that milestone earlier this year with the March release of her eighth studio album, Sex & Cigarettes, boosted by the hit single "Long As I Live." The catchy stepper's groove became Braxton's first No. 1 solo single in 18 years and has continued to resonate with her fans. Toni has something else in store for her fans in the new year when she embarks on the As Long As I Live Tour.

Starting in January 2019, Toni Braxton will warm winter's chill with her dazzling stage show on her new tour. She'll start her journey off in Columbia, South Carolina before stopping in a number of cities including Atlanta, Durham, Nashville, Brooklyn and Oakland. The As Long As I Live Tour will make its way across North America during January and February before wrapping things up in Los Angeles on March 3rd.

Toni Braxton will travel to 21 cities on the As Long As I Live Tour, but she won't be alone on the road. Joining the R&B legend will be fellow legends SWV. The trio will open up for Braxton and perform tracks from their deep catalog. With Toni and the Sisters With Voices on the same bill, this tour sounds like an R&B lovers dream wrapped up in Black Girl Magic.

Tickets to the As Long As I Live Tour go on sale to the general public on Friday, October 26th at 10 a.m. local time on Toni Braxton's website. However, if you want to get a jump on everyone else you can obtain pre-sale access to buy tix right now by making a purchase from Braxton's online store.

Toni Braxton As Long As I Live Tour dates:


TAGS:  swv, toni braxton
Previous: Normani & Calvin Harris Cross A Collaboration Off Their ‘Checklist’ & Make It Hot With ‘Slow Down’ Next: Little Dragon Takes Us Into The Fantasy World Of An Online Video Game In ‘Lover Chanting’ 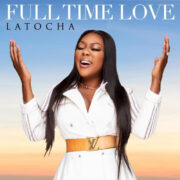