Trey Songz, 2 Chainz & Yo Gotti Head To The Strip Club To Find Out ‘How Dat Sound’ 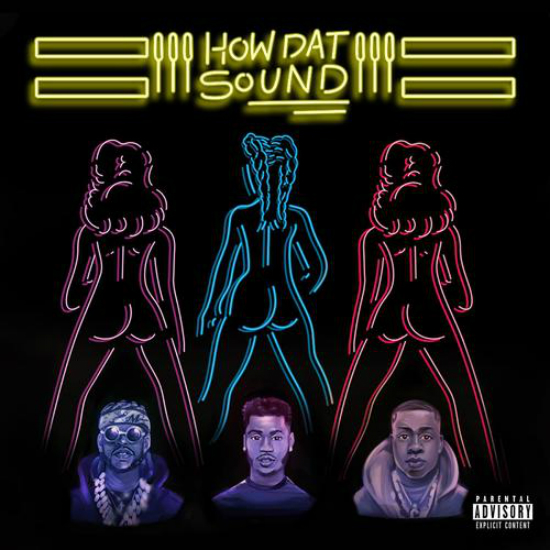 Beyond a few guest appearances here and there, singer Trey Songz has been relatively quiet since the release of his 2016 project, Tremaine: The Album. This is uncharacteristic for the usually prolific artist. There was a time when he would drop a new mixtape every other week. But not only has Songz returned, but he’s returned to form. The singer has dropped a new uptempo song, “How Dat Sound,” featuring 2 Chainz and Yo Gotti.

Over a trap beat built around an 8-bit video game flute, the trio spits game to the baddest chicks in the room. 2 Chainz opens up the festivities and brags about his sexual prowess and ability to make it precipitate tremendously inside his local gentleman’s club. Meanwhile, Trey comes in on the second verse talking about how the chick who caught his eye is “badder than Michael” and he wants to “eat it like a rice bowl.” Yo Gotti finishes things off letting these chicks know he’s not a clown or your average rapper, he’s a gangsta that just happens to rap.

So how exactly does “How Dat Sound” sound? The track is very reminiscent of Songz's catalog from the late 2000s. Echoes of "Bottoms Up" can be heard through the production and Trey’s vocals. That's not necessarily a bad thing if you’re a fan, but if you’re looking for growth, this ain’t it. Of course, this is a strip club anthem. It’s meant to be heard of over speakers played obnoxiously loud, where you let the bass rattle you as you take a few sips of something special while watching someone shake what their mama gave ‘em. Hit play below and let us know if “How Dat Sound” will get booties clapping across the country or nah.


TAGS:  2 Chainz, audio, trey songz, Yo Gotti
Previous: There’s No ‘Shame’ In Loving Maxwell’s Lead Single From ‘NIGHT’ Next: Jessie Ware Puts In ‘Overtime’ While Working On Her Next Project