Ariana Grande Moves On With Gratitude On ‘thank u, next’ 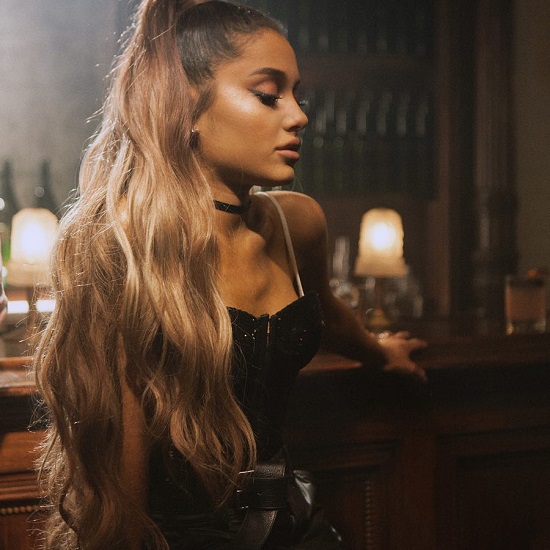 She's dropped a hit album and is set to go on a new headlining tour, but it seems that all folks want to talk about when it comes to Ariana Grande is her love life. Sure, her fast-burning engagement and recent breakup with ex Pete Davidson probably doesn't help matters, but can the world collectively get out of homegirl's business? Rather than dodge the headlines, though, the pop starlet confronts them head on with her new single "thank u, next."

The R&B-flavored pop number finds Ariana cutting straight to the chase by name checking her famous exes Big Sean, dancer Ricky Alvarez, Davidson and late rapper Mac Miller in the very first verse. But if you were looking for gossipy banter, you'd have to look elsewhere. "Thought I’d end up with Sean / But he wasn’t a match / Wrote some songs about Ricky / Now I listen and laugh," she begins. "Even almost got married / And for Pete I’m so thankful / Wish I could say thank you to Malcolm / 'Cause he was an angel." She then lists what each taught her and how "f**kin' grateful" she is for the lessons and love each gave.

With that business out of the way, she turns the focus inward, speaking on how shes's getting to know herself better before rushing into the next relationship. It's a surprisingly mature take on breaking up for the still relatively young songstress that shows her growth during a difficult couple of years. And with nasty kiss-offs becoming more of the norm these days (not that we're complaining), it's refreshing to hear a song about moving on without the usual bitterness associated those kinds of situations.

Is drama-free introspection the new messy breakup? We highly doubt it. But maybe you can learn a lesson in love from Ariana Grande when you listen to "thank u, next" below.