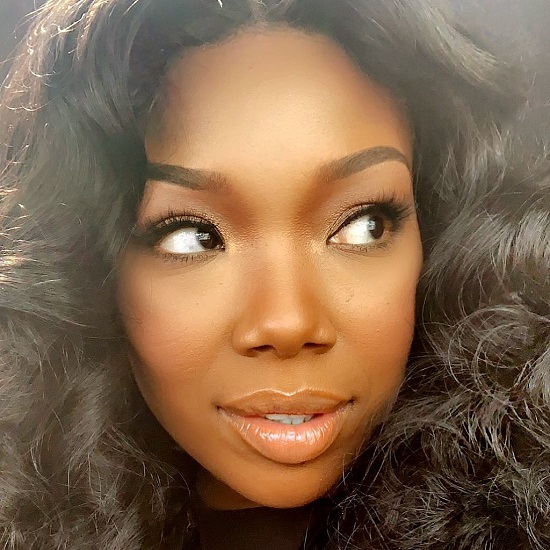 We must admit we're not the biggest fans of FOX's dramatic music series Star. The sudsy primetime soap — a spin-off of sorts of the equally ridiculous Empire (which we just had to finally tune out on after it jumped the shark two seasons in) — just doesn't curl all the way over. That being said, we still watch. Why? Because they hired high-caliber musical and acting talents like Queen Latifah, Luke James and Brandy. Speaking of B-Rocka, it's also the only place where you can hear new material from Miss Norwood these days, including this week's new jam "All I Need."

Brandy has put her heart and soul into playing Cassie, the petulant, petty and treacherous little sister to Latifah's Carlotta. This also affects the songs she's been given to help flesh out the character. She made us feel what life was like living in her big sister's shadow on "Spotlight," a duet between her and Queen. She takes us deeper on "All I Need," which reflects on the volatile romance her character has with her shady paramour. She tells the story of their love over smoothed-out guitar and snaps as celebrates being free to love her man now that he's out of his marriage and ready to settle down with her (told you there was DRAMA). "You're all I need / You're all I want / Here is my heart / Here is my love," she sings, obviously smitten. It's enough to almost make us forget the absurdity surrounding the sentiment...almost.

With the talent involved, we're pretty sure we're going to be hate-watching Star until the bitter end. Thankfully there are moments like "All I Need" to make sitting through it all a bit more bearable. Check out the track (which is available for purchase now) below and hang out a little while longer to watch Brandy and Queen Latifah do some sangin' during a performance clip of "Spotlight."