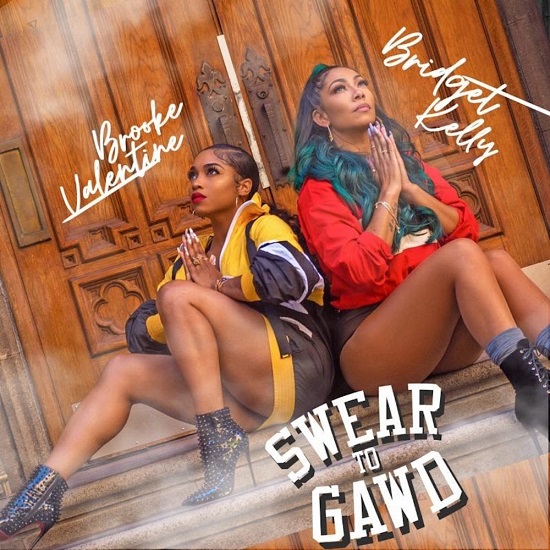 Love & Hip Hop Hollywood is known for its catfights and rivalries but rarely do two of its stars actually come together without some drama. However, that seems to be the case with cast members Brooke Valentine and Bridget Kelly. The two ladies — both gifted singers with careers that could use a jolt — join forces for good on Brooke's new single "Swear To Gawd."

"Swear To Gawd" is all about a man. But rather than fight over him a la Brandy and Monica on "The Boy Is Mine," the ladies are calling on the Lord to thank him for creating someone so fine. Over an almost bluesy bass line and heavy hip-hop-influenced drums, the ladies harmonize about what exactly they'll do for and to a man so fine. "Got me callin' on the Lord / For the way you put it down on me," Brooke sings at the song's start before suggesting that she can be part of his balanced breakfast. Bridget is of the same mind, letting us know that this fine fella can get it all. The ladies' voices and stylings sound quite good together. So good, in fact, that we wouldn't mind listening to an extended version of the track (this one clocks in at only two minutes).

"Swear To Gawd" is the latest release from Brooke's forthcoming EP. She hasn't filled us in on when we can expect the set to drop just yet though. Thank the man upstairs we can put "Swear To Gawd" on repeat for the time being, though. Check out the unexpected duet below.