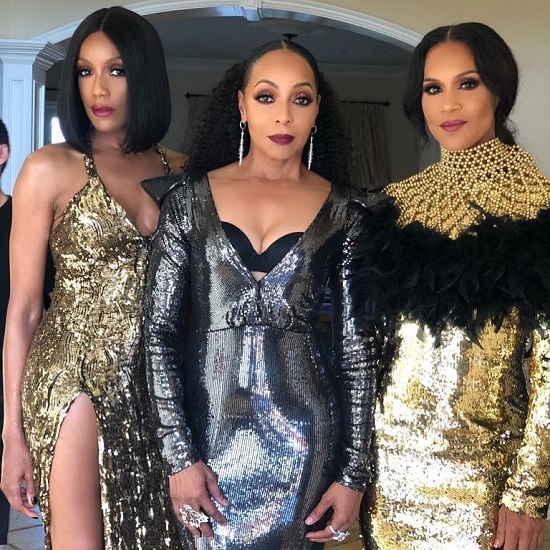 Our girls En Vogue came back in a big way for 2018. The ladies dropped Electric Café, their first new album in well over a decade, back in April and have lit up awards shows and stages across the world sense. But you didn't think that the ladies were done, did you? Far from it, actually. In fact, the trio — founding members Terry Ellis and Cindy Heron-Braggs and longtime member Rhona Bennett — is bringing their show to Sin City itself.

The ladies are the latest headliners to join the I Love The '90s concert series, which features some of our favorite acts who some of their biggest hits during that decade. Previous performers on the trek have included Salt-N-Pepa, Dru Hill, All-4-One and TLC. This edition, which is appropriately called "I Love The '90s – The Vegas Show," is a Las Vegas residency that features the ladies of EV as well as rap duo Kid 'n Play, Rob Base and Sugar Ray frontman and television personality Mark McGrath. They'll be bringing down the house at Paris Las Vegas with a seven-night run that kicked off on November 9th and will continue through the 19th.

"We are truly excited to join this celebration of music that undoubtedly defined a decade," EV's Terry Ellis said in a press statement. "The '90s era means so much to our long-time fans." However, while we're sure they'll take fans on a trip through their '90s hits like "Hold On," "Free Your Mind" and "Givin' Him Something He Can Feel," we're sure they'll also find time to spend on their newest album — especially with their recent single "Reach 4 Me" getting heavy urban airplay.

While the first half of the residency has come and gone, you can still catch them doing their thing at Paris Las Vegas November 15th-19th. Head to their website now to get your tickets and get down with the Funky Divas Sin City-style.


TAGS:  all-4-one, dru hill, en vogue, kid n play, Mark McGrath, Rob Base, salt-n-pepa, sugar ray
Previous: Gregory Porter Is Going All The Way Live For ‘One Night Only’ Next: Bryan-Michael Cox Has Eyes For ‘Only You’