H.E.R. Continues To Reveal Herself On ‘I Used To Know Her: Part 2’ 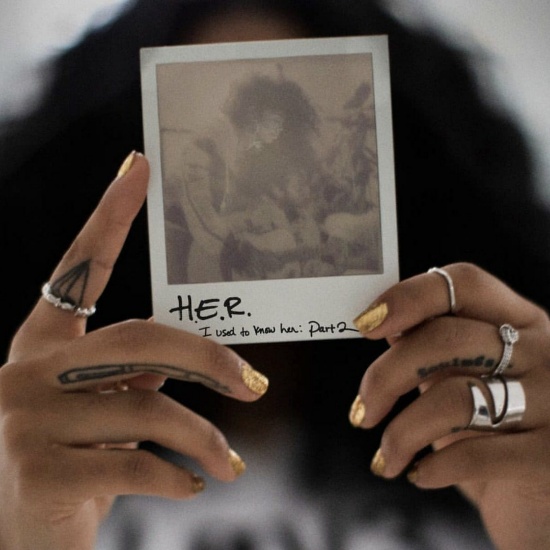 Although her identity is no longer a surprise, H.E.R. is full of surprises. It was barely two days ago that the talented singer/songwriter/musician shocked fans with the announcement via social media that she'd be releasing a new collection of music this week. That project, I Used To Know Her: Part 2, dropped today, and it picks up where her August release I Used To Know Her: The Prelude left off and continues to peel back the layers of her artistry.

Known for her introspection and mature insight when it comes to matters of the heart, H.E.R. delivers a new batch of such songs on I Used To Know Her: Part 2. "Carried Away" opens the eight-song EP as she sings about feelings that she didn't see coming, but she has her wits about her and isn't falling head over heels just yet. From there, she sings about and nurses her bruised, battered and broken heart on "Can't Help Me" and "I'm Not OK." H.E.R. shakes off the sadness on the amorous "Take You There" and sets the stage for a romantic romp. The interlude "Going" finds H.E.R. in that same love zone as she assures her lover that although their time together is less now that she's traveling more,  she needs his understanding and support. Like many an interlude before it, "Going" is short but oh-so-sweet and cuts off as soon as it's getting good to you. "Hard Place" follows and it details an all-too-familiar situation of a rocky relationship, but H.E.R. doesn't want to do bad by herself.

The last two songs of the EP find H.E.R. turning her focus from feelings to faith. On "Fate" she pleads for mercy over rousing orchestral and choral arrangements before sharing a thought-provoking spoken word piece on the intro to the self-explanatory "Lord Is Coming." These two tracks end Part 2 on a surprising and unapologetically faith-based note.

At this rate, it's anybody's guess what H.E.R.'s next move will be. She could drop another volume in what is now the I Used To Know Her EP series, or she could mess around and release her debut album. Either way, as long as it involves new music from the phenomenal talent, we're here for it. We love H.E.R. surprises.


TAGS:  audio, H.E.R.
Previous: Anthony Hamilton Uses His Voice To Make A Difference With ‘Love Conquers All’ Next: This Week In SoulBounce: Cardi B Seemingly Squashes Her Beef With Nicki Minaj, Kanye West Backs Away From Politics, 50 Cent Continues Reign As King Of Petty & More