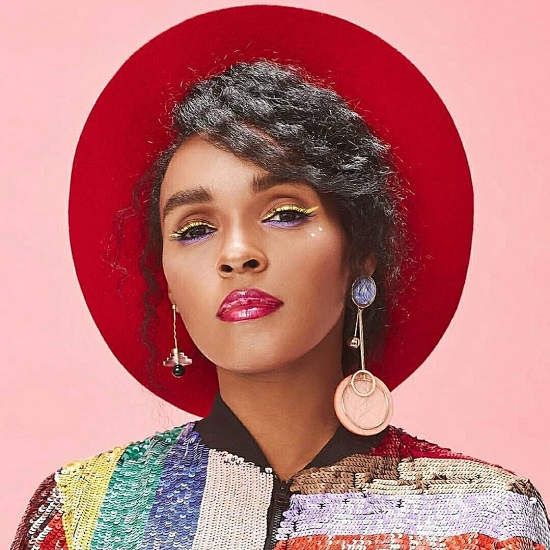 Janelle Monáe has rocked our worlds and freed our minds with her latest effort Dirty Computer. Filled with tracks crafted to make you think and shake that thang, it's perhaps one of the most definitive statements the singer has made. During one of her many promotional efforts for the album and tour, Janelle made some time to stop by Spotify Studios in NYC to record a couple live tracks for their Spotify Singles series to show us why she's a force to be reckoned with.

From her own work, she chose the laid-back single "I Like That." The song, a defiant jam about loving the skin you're in, got even more stylized in her live rendition. Rather than give a cookie cutter performance, she allowed the song to breathe on its own including playing with the arrangement of lyrics within the verses and omitting the spoken word rap altogether. Instead, she lets the song fade out with a searing electric guitar solo.

For her second song, the singer opted for a cover of reggae legend Bob Marley's "High Tide Or Low Tide." The song, originally an unreleased track from the Catch A Fire sessions, is a song of commitment to help steer the human race toward kindness and love. It fits well within Janelle's own personal politics and the messages within her music, so it's unsurprising that she chose it. Her take is steeped in the song's original reggae sound, though with a bit of an R&B sheen thanks to the instrumentation and Janelle's own voice. Still, she manages to tap into the heart of the song, delivering an emotional performance that resonates.

With the Dirty Computer promotion and tour cycle coming to a close (unless she's got a surprise up her sleeve), these two live tracks are a nice way to cap off the current Janelle Monáe era. Take a listen via Spotify below.