K. Michelle Is Done With Looking For A Hero On ‘Save Me’ 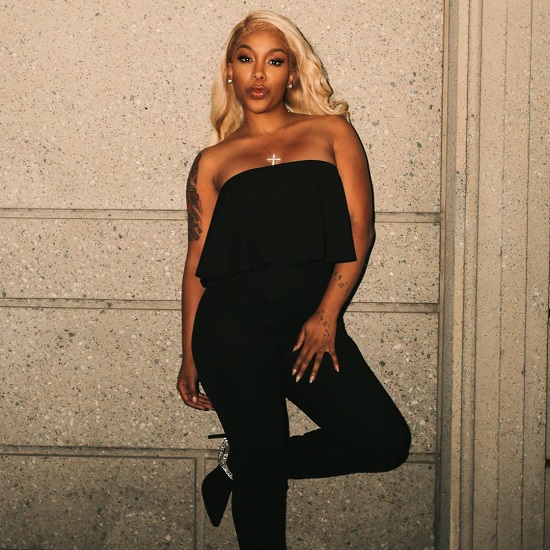 K. Michelle has kicked up her fair share of drama on Love & Hip Hop Hollywood this season. But while her third stint within the franchise that gave her notoriety is drama-filled, the "Maybe I Should Call" singer is done with turmoil in her personal life. At least it seems that way on her new single, "Save Me."

"Save Me" finds the singer lamenting a love that was supposed to liberate her. Instead, it perhaps left her more broken than before. "Silly me, always giving my all to you / Broke me to down to be here for you / Everytime," she begins. Though her vocal is obviously Auto-Tuned, she manages to wring quite a bit of emotion out of each lyric. She then doubles down on the hurt with the chorus, singing, "I just wanted you to save me / But you never did / All you did was play me." Proving that she's not down for all the fuss, she keeps things simple production-wise. Only warm chords and snaps accompany her vocals on the track and the only time another voice joins hers is on the song's chorus. The approach makes this one stick with the listener long after the last notes have played.

"Save Me" is just the beginning of what we'll be getting from K. Michelle in the near future. In fact, the song is just an appetizer for the main course that is her next album. She made sure to let fans on Twitter know that the song was the "pre-single" earlier this month. "You all will get the official single right after that,” she wrote. While we don't know what we can expect on the follow-up to 2017's Kimberly: The People I Used to Know, we do know this is a pretty good start. Listen to "Save Me" below and check back with us for news on what K. Michelle's next move will be.