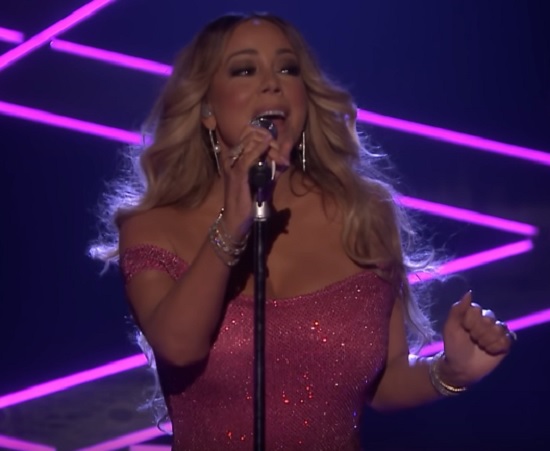 Mariah Carey is in full-on promo mode now that her 15th studio album Caution is finally on store shelves and her upcoming world tour on the horizon next year. So you know that means that she's popping up everywhere, especially on TV screens. Last Friday, she made an appearance on late night staple The Tonight Show Starring Jimmy Fallon to perform her single "The Distance" alongside everybody's collaborator Ty Dolla $ign.

Mariah Carey being Mariah Carey, you know she didn't come half steppin' for the late night audience. After an awkward step show intro from some of the brothers from Alpha Phi Alpha, she appeared onstage in a shimmery, sparkling blush pink dress that had her looking like a sugary confection. Sparkling and shining like only she can, MC delivered the performance mostly solo as she and her band stood in front of a pink neon backdrop. Ty Dolla $ign (who was inexplicably dressed up and down at the same damn time) came out soon enough to deliver his assist. Somehow, though, his part seemed so much shorter in this live rendition. Maybe it was because Mariah sang with him nearly word for word, though we must admit the harmonies provided sounded pretty damn good.

If you haven't tucked into Mariah Carey's latest effort yet, allow this performance to be your reminder to check it out when you peep it below. 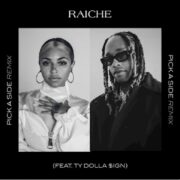