Mike WiLL Made-It, Pharrell & Kendrick Lamar Come Together To Create ‘The Mantra’ For ‘Creed II’ 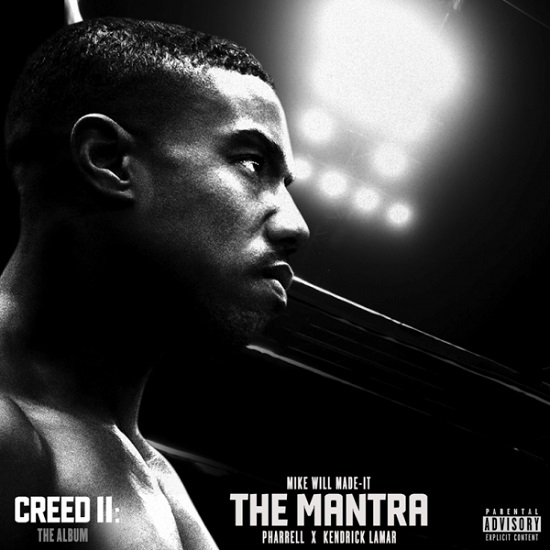 Creed II, the sequel to the acclaimed Rocky spinoff Creed, is set to hit theaters just in time for Thanksgiving next week. The Michael B. Jordan vehicle looks to be just as successful as its predecessor as the star reprises his role as the son of Adonis Creed on a mission to follow in the footsteps of his father's legacy. Of course, a journey like this requires a soundtrack and producer Mike WiLL Made-It has that on lock. He's the man in charge of the film's soundtrack, and he's recruited a slew of heavy hitters for the occasion, including fellow beatsmith Pharrell Williams and rap's reigning king Kendrick Lamar for the set's lead single "The Mantra."

The song is all about not letting your opponent get off any shots against you, whether in the boxing ring or in life. To that effect, Mike WiLL offers up a head-nodding trap beat backed by haunting synths, claps and skittering hi-hats. The fellas call out "minus sign n****s" trying to get in the way of their success in a beginning chant before an Auto-Tuned Pharrell hops into the chorus. "They will not get nothin' off / It's funny to watch 'em / Their attempt at blocking," Skateboard P sings as he dismisses the haters. He then offers a slurry opening verse where he calls out the lowball offers and ideologies that he considers to be in the way of success. Kendrick also gets a bit sing-songy, though no Auto-Tune accompanies him, as he lets us know that he's ready to "f**k it up" in the pursuit of greatness.

"The Mantra" is a decent hip-hop cut on a soundtrack that will be chock full of them, but don't think there won't be something for R&B heads and other music lovers, too. Ari Lennox, Ella Mai, Bon Iver and the movie's star Tessa Thompson will also appear alongside hip-hop heavyweights like Nas, Nicki Minaj and J. Cole. Peep the soundtrack's full tracklist after listening to "The Mantra" below. 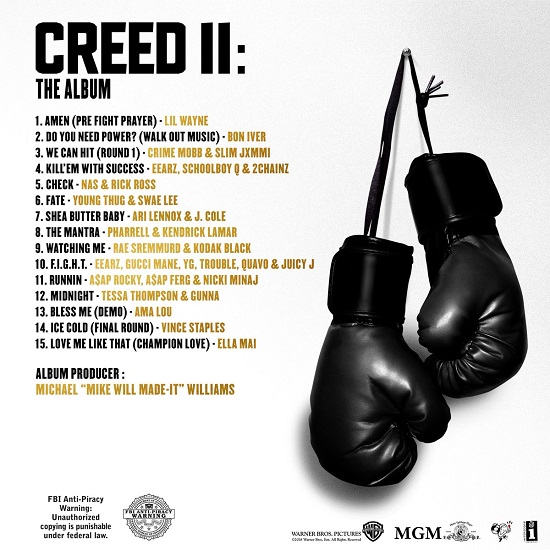