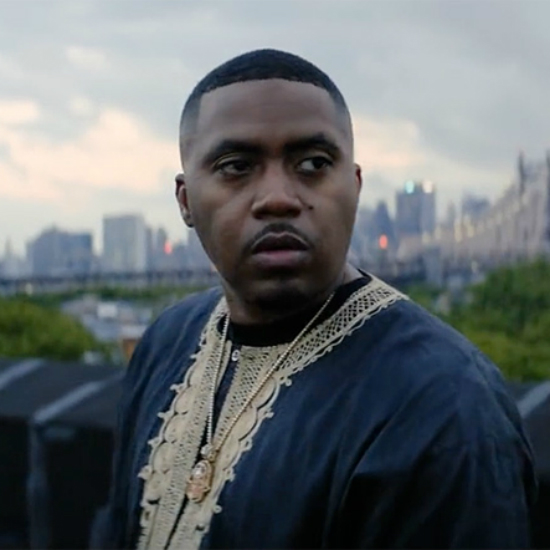 This past June Nas released his 11th studio album, Nasir. Produced entirely by Kanye West, the project was part of the producer’s creative vision for the “Wyoming Sessions,” which also included albums by Teyana Taylor, Pusha T, West himself and a group project with Kid Cudi. Whether it was prophecy or a fever dream, the actual work of Nas and other artists was overshadowed by West’s antics, delays and mixed reviews. However, there’s still promise to be found in the message behind the project. Nas has now released a short film, also entitled Nasir, that brings the album to life in full and riveting color.

Directed by Rohan Blair-Mangat, who previously directed JAY-Z’s “Bam” visual from his 4:44 album. The 16-minute film takes a whimsical yet stark look at the plight of Black people living in the inner city. The clip starts with Diddy’s voiceover from “Not for Radio” with historic footage. We then see Nas step on the scene delivering his lines with his classic Queensbridge swagger. Voiceovers from guests like Diddy and more archival scenes acts as connective tissue, linking the songs and visuals thematically throughout the clip. This provides us with a strong look into how a history of violence and racism has shaped the world of Black people living in the projects. The centerpiece of the piece comes towards the end with “Everything,” which tells the story of a grandmother raising her two grandchildren. Here, we get less stylistic, more abstract storytelling and a quaint look at a family trying to survive in the context of Nas’s narrative.

This short film comes as a welcome surprise from the legendary artist who is rumored to be working on his 12th album. “It’s another album that I had already been working on before,” he said in a recent interview with Angie Martinez. Hopefully, the project, which will feature production from Swizz Beatz and RZA, will make an appearance sometime in the new year.