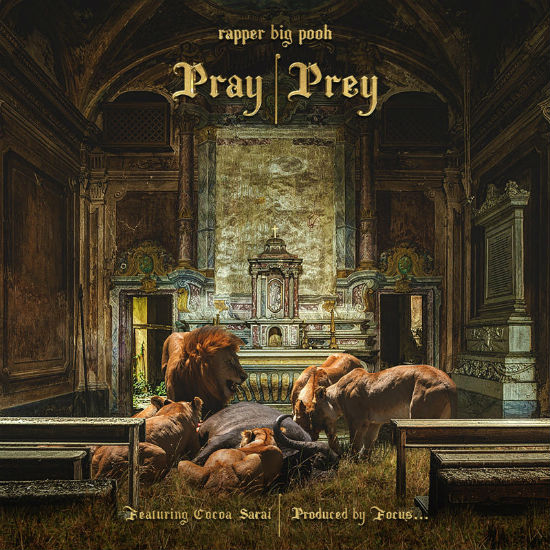 While we held out hope and dropped not-so-subtle social media requests for a Little Brother reunion, as the years rolled by and each member found success in the pursuit of their respective solo efforts, we thought we’d never see the day when Phonte, Rapper Big Pooh and 9th Wonder would once again share the stage. With a little patience, and mercy from the music gawds, the ridiculously talented trio blessed fans with an amazing performance at this year’s Art of Cool Festival in Durham, NC. Now,  Rapper Big Pooh continues to stoke the fire sparked by their September reunion with his freshly released album, RPM (Rapper Pooh Music). Led by the single “Pray | Prey,” the track takes us right back to the days of bare-bones hip-hop, when your favorite song not only made your head nod, but the lyrics had profound meaning. The Focus-produced gem also features vocal powerhouse Cocoa Sarai and tells a cautionary tale of survival, warning the listener to get right with a being higher than oneself.

The new album RPM, which was only announced just days ago, is entirely produced by Focus, and is released via Brothers Grand/Common Cents Media Group, Pooh’s own distribution company. In addition to his new music, he’s kept busy behind the scenes managing artists such as Dreamville’s Lute and DJing under the moniker RPM. We're excited to see that Rapper Big Pooh hasn’t lost his lyrical chops and can’t wait to hear all that he has in store.

Give Rapper Big Pooh’s “Pray | Prey” featuring Cocoa Sarai a spin, and add it to your real hip-hop playlist from Spotify, TIDAL or Apple Music. Keep your head bobbing by listening to his new album RPM, with features from Chaundon, Ab Liva, Thurz and more, now available for purchase on iTunes.