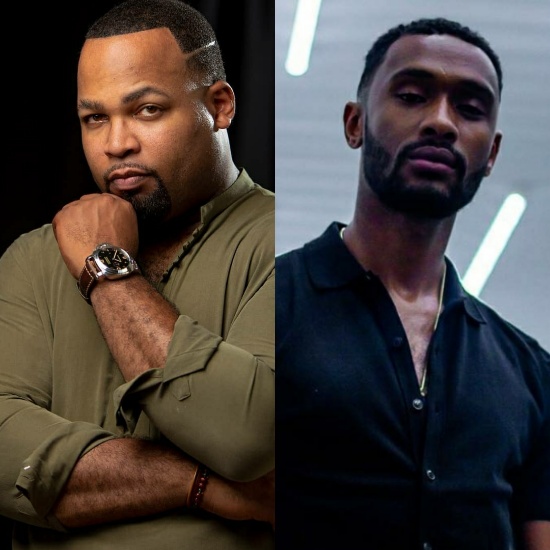 It's been a few months since Brandon Williams introduced us to his latest masterpiece, the single "In Love" featuring Brian McKnight, Jr., the first listen from his forthcoming sophomore album The Love Factor. Released at the end of August, the song made us want to bask in the glow of love and the sunshine during the last days of summer. Now the season and temperatures have changed, but our feelings for "In Love" haven't. It's now the perfect song to snuggle up to with a loved one to keep each other warm while it's cold outside. To ensure that this timeless love song stays in heavy rotation, Williams has decided to release a lyric video for "In Love" and he's doing so in another exclusive SoulBounce world premiere.

For the "In Love" lyric video, Williams linked up graphic designer Anastasia Winter to bring the song and his creative vision to life. Throughout the clip, the lyrics and related graphics swirl in, pop up, burst through, fade in or fade out as McKnight, Jr. sings. Brandon explained to us why it was important to him to not have a boring lyric video. "The creative vision was to show and share the purity of love in lyric video form but not to have the video static in nature. I wanted to keep things 'moving' so that it would grab hold and keep the attention of the watcher/listener."

Aside from the lyric video's constant movement, Williams and Winter definitely have our attention with its color palette, too. Instead of using red or pink, colors that typically connote love, the visual is awash in calming shades of blue. According to Brandon, "The colors in the video are representative of the purity of what love should be and feel like."

In addition to premiering the "In Love" lyric visual, Brandon Williams has also shared some exclusive news about The Love Factor with us. His sophomore album will be released in spring 2019, and it will feature guest artists such as Monifah, Marcus Miller and Paula Champion and repeat collaborations with Alex Isley and Matt Cusson. Don't expect XII 2.o, though. "The album is a departure from XII, but it's still very much so an extension of who I am as a producer, a musician and a man," he says. "It's not so far out that my 'B'elievers' won't get it. It's an amazing album that I'm very proud of."

If Brandon Williams loves the work that he's done on his next album, we're quite sure we'll love it, too. Keep the lovefest going and watch the "In Love" lyric video below; purchase the song from Amazon, iTunes, Google Play or Bandcamp and keep it locked right here for more news on The Love Factor as it becomes available.