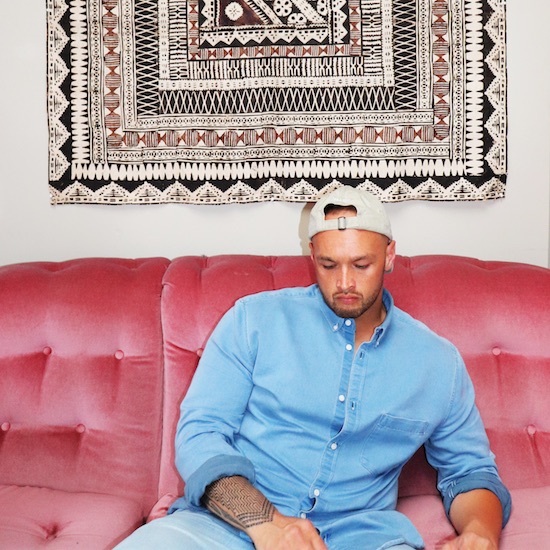 It's been a little over a year since Australian singer/songwriter Sammy Johnson landed on our radar when we world premiered his single "Sleepwalker." The reflective song gave us a great introduction to Sammy's delightful blend of soul and reggae. Now he continues to impress with his latest single, "A Dozen Roses," the first listen from his upcoming EP Midnight Lovers.

On "A Dozen Roses," Sammy sings to a woman whose man isn't treating her right. He makes a connection with this young lady while out one night, but before he can shoot his shot, her man swoops in with a dozen roses. Sammy falls back but is unimpressed with this gesture. Over the course of the song, he sings to the object of his desire about all of the ways that he would love her better. "I wanna love you, I can't get enough of you, I wish that I was the man for you," he sincerely croons on the chorus. "Any other fool would know you deserve more than flowers," he further breaks it down, knowing that he's got her attention and her heart isn't far behind.

Sammy Johnson stays in his soulful reggae wheelhouse on "A Dozen Roses" and delivers another lovely performance. He has yet to disappoint, and we don't foresee that happening on Midnight Lovers. There's no release date set for the EP yet, but we'll be looking for it sometime in 2019. In the meantime, press play to listen to SoulBounce's exclusive world premiere of "A Dozen Roses."