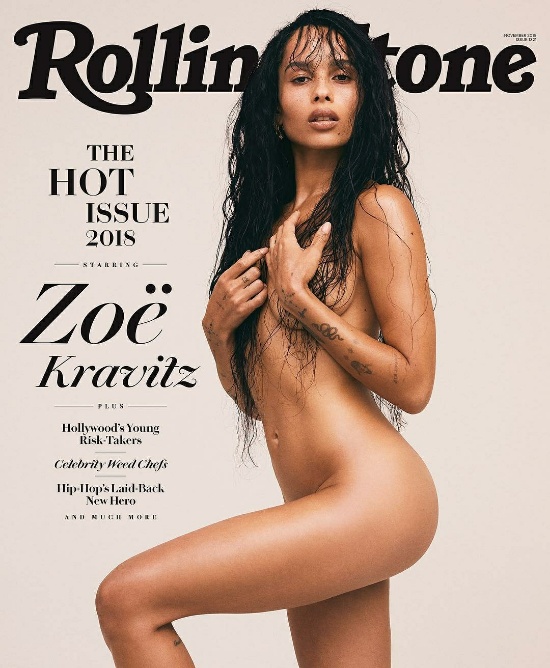 Hey, Zoë Kravitz, hey! The daughter of Lenny Kravitz and Lisa Bonet proved that good looks run in the family by recreating her mother's iconic (and infamous) 1988 Rolling Stone picture. Zoë recreated her mom's look on the cover down to wearing absolutely nothing but a wet mane for the magazine. However, while Bonet's risqué pic ran inside the issue and not on the cover, Zoë's is right there for all to see. "I think she was a little bummed when they used the shirt picture as the cover," the starlet said. "I think she just thought, 'I’m doing it, let’s do it!' It’s less about the picture, and more about doing the thing my mom intended to do. That feels cool." She did reveal something shocking inside the issue's pages, though: she's been secretly engaged to her beau Karl Glusman since February. #SheGetItFromHerMama