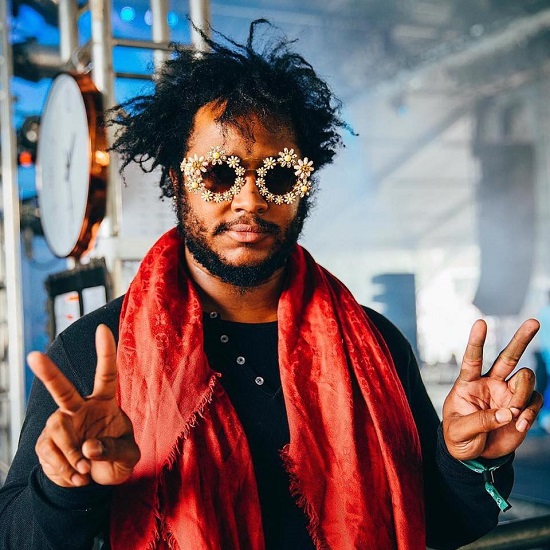 It's hard to believe, but Flying Lotus' Brainfeeder label has been rocking our eardrums for a decade now. The label has brought us some timeless material not just from FlyLo, but from label signees like Georgia Anne Muldrow, Kamasi Washington and, of course, bass-playing virtuoso Thundercat. In fact, Thundercat might be the most prolific of the label's signees, having released three albums, an EP and appearing on a host of records for his labelmates. It's only fitting, then, that the upcoming tenth-anniversary compilation will feature more than one track from him. We first got our hands on his BADBADNOTGOOD and FlyLo collaboration "King Of The Hill" on Halloween. Now, just one day ahead of the two-volume compilation's release, we get another Thundercat track in the form of a version of his Drunk single "Friend Zone" remixed by labelmate Ross From Friends.

In its original form, "Friend Zone" was a funky dismissal for those only interested in adding folks to their friendslist. With wavy synths, bumping drums and a bass line that wouldn't quit, it fit right in with Thundercat's aesthetic. Ross keeps the wavy synth sounds intact for his switch-up, but that's all that remains the same. Thundercat's vocal is mixed down in a foggy haze and treated more like a melodic riff. It's paired with warm synth chords and a few other elements to turn this into a straight-up electronic jam that we're sure you'll find perfect for popping it on the dance floor (or grooving to while you're holding up the wall at a club — we see you). Either way, this reimagining brings a completely new and different life to what was already a Drunk favorite.

You can get your hands on this particular groove when Brainfeeder X arrives in stores tomorrow (November 16th). But if you want to give it a spin ahead of that, go ahead and check out Ross From Friends' "Friend Zone" remix below.