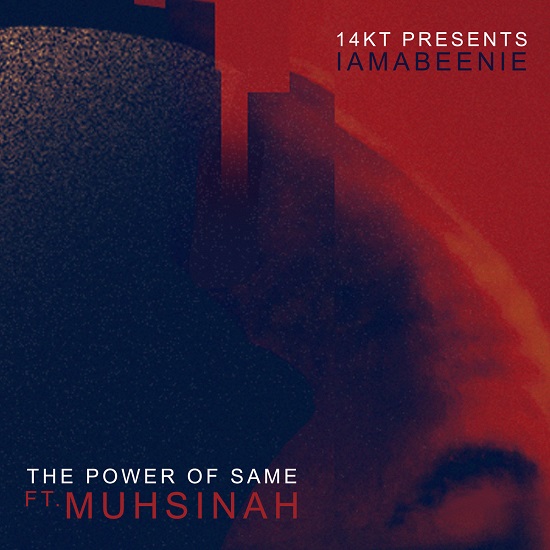 Throughout the years, 14KT has been one of the most consistent producers in the game when it comes to giving us quality jams that go beyond the mainstream. Whether he's going it solo, teaming up with artists like AB on Saturn Return or linking up with homies like Mayer Hawthorne as Jaded Inc., he manages to always keep us guessing as we're nodding our heads. He'll be changing things up yet again in 2019 as he adopts the moniker IAMABEENIE for his jazz-inspired next project set to drop next year. But before he does that, 14KT is offering up a preview of what's to come with the buzz single "The Power Of Same."

"The Power Of Same" offers a pretty good idea of the musical direction the producer is going in for the project. While the deep, soulful bass groove is definitely a major player in the song's production, 14KT has a lot of fun playing around with the many musical elements here. There are horn stabs both loud and slightly muted, lingering synths that bloom as the track progresses and delicate guitar lines contributed by Stro Elliot. While all that in the mix might have the potential to sound messy, it all coalesces into a sound journey that is undeniably high caliber. Adding to the mix are the ethereal vocals provided by Muhsinah, who sings the praises of being consistent when it comes to love. "Every day you show up in the same way / You find a new way to save me / No one else on your wave / Maybe you know, maybe you don't / But you're oh so amazing," she sings on the song's chorus as she captures her joy in the love she's found.

"This was inspired by a bible study plan I was reading called The Power of Same," 14KT said of the track. "It spoke about the power of being consistent in our lives. I thought about how consistently God’s love and my family’s love have gotten me through my journey of life. Once I made a 'skeleton' of the song, I reached out to the brother James Poyser who I was extremely blessed to work with. My brother Stro Elliot was living right down the street from me at the time. One night he walked over to my house, I played the record for him, he picked up my electric guitar and played the first thing that came to mind - which was perfect. I played the record for my brother Tall Black Guy, who suggested I reach out to Muhsinah to add vocals. I sent the record to her and two days later she sent me exactly what you hear. Amazing. That was definitely the spirit of God working."

We're definitely looking forward to this new project. You will be, too, when you take a listen to "The Power Of Same."