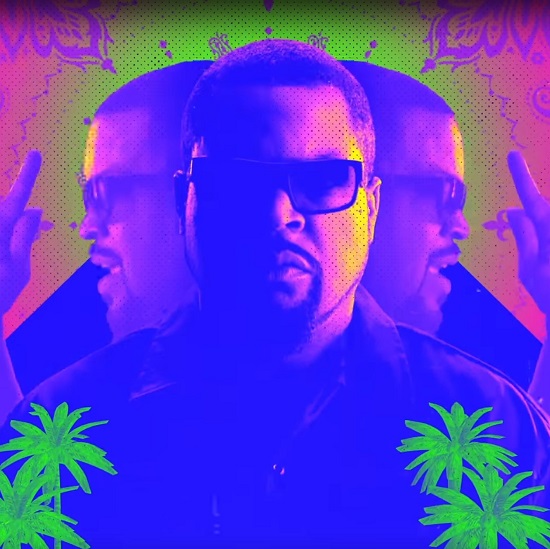 Legendary West Coast rapper Ice Cube recently released his 10th solo album Everythang's Corrupt – proving that almost 30 years (and a successful movie career) after he released his first solo album, the actor/producer/basketball mogul isn't done with the rap game just yet. As he told Zane Lowe of Beats 1, “I got to do what I do best. When you an artist that’s been in the game, you know, I’m on my 10th album, solo album, so I’ve been in the game a while. You got to do what you do best. You can’t go chasing trends. You’ve got to give them what they expect and what they want.” This is exactly what he does on his latest single, "That New Funkadelic."

Honestly, there's not much to it lyrically. But it's hard to care when "the beat so sweet like booty meat." Taking a cue from his "Uncle George," the OG brings the hip-hop funk with buzzing synth, stanky bass and drums that bump. He extends our enjoyment of the song with the release of the official video. Directed by James Larese, the visuals mimic the song's infectious energy with a psychedelic kaleidoscope of Cube, dancing ladies, lowriders and general throwback culture. If you're a little weary of winter's chill, take a trip to the Westside with "That New Funkadelic." Afterwards, scroll down to see Ice Cube and The Roots shut it down on The Tonight Show Starring Jimmy Fallon.

While we patiently wait for Mr. Jackson to deliver Last Friday, Everythang's Corrupt is available for stream/download via your favorite digital service providers.