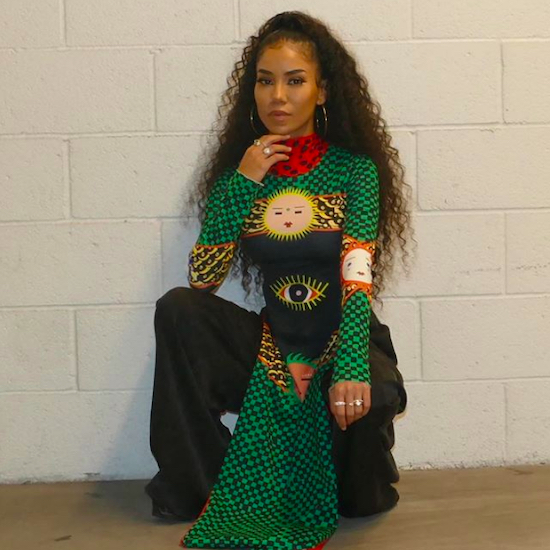 If you were patiently waiting on the next album from TWENTY88 to drop anytime soon, then it looks like you've been waiting in vain. After Jhené Aiko and Big Sean dropped the collabo project back in 2016, the duo seemed to be going strong on the romantic front until recently. Though neither has publicly confirmed or denied their breakup, Aiko's decision to cover up her Big Sean tattoo and the scrubbing of each other from their social media has been more than enough to fuel the speculation that the two have definitely parted ways. And while a lady never kisses and tells, there's nothing that stops her from using her music as a means of therapy which certainly seems to be the case with Aiko with the release of her latest single, "Wasted Love Freestyle."

On the introspective song, the singer wonders "How did we get away from love? / How did love get away from us?" She openly conveys her disappointment and sadness while lamenting the end of a relationship. Produced by Amaire Johnson, the track's sparseness allows listeners to focus solely on the lyrics without distraction while fully absorbing the message.

Released via her SoundCloud page, Aiko took to Twitter to announce the song's arrival with the simple words, "tis the season," followed by a broken heart and vomiting emoji. While she never specifically refers to the Detroit rapper who stole her heart, it's not hard to assume that the raw lyrics were likely inspired by him. Regardless of whoever led the singer to hit the booth and pour out her heart, one thing is for sure — she is still in throes of healing and figuring out where it all went wrong. If that means more new music from this Cali-artist, then we're sure her fans will welcome it with open arms.


TAGS:  Amaire Johnson, audio, big sean, jhene aiko, twenty88
Previous: Ariana Grande Gives Us Something To ‘Imagine’ On ‘The Tonight Show’ Next: Lion Babe Gives Us One Last Roar Before Year’s End With ‘Why’ & ‘Get Into The Party Life’