Kenyon Dixon Gets ‘Emotional’ On His Latest Album 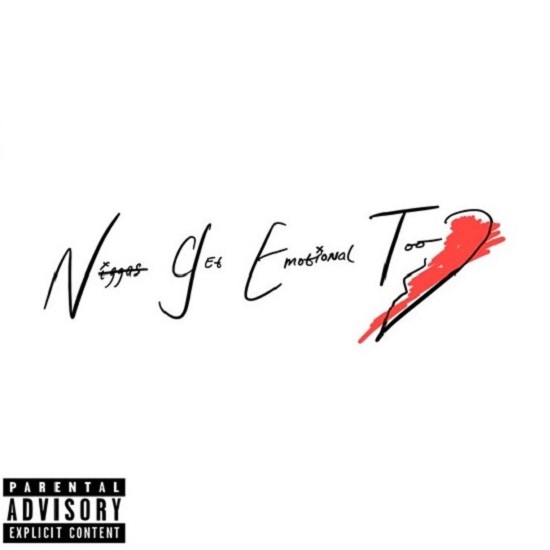 Christmas is a wrap (pun intended) and many people have already swapped their holiday playlists for "everyday" music. Apparently, it also means that the whole "King of R&B" dispute has resumed. While most of us were settling into our food comas and mentally re-gifting unwanted presents, Kenyon Dixon dropped a brand new album with nary a jingle bell to be heard. We ain't mad, though, because N****s Get Emotional Too is further proof that #RnBLives.

The inclusion of previously released songs like "Demons" and "Drippin'" leads us to believe that this project is indeed the anticipated follow-up to 2017's We Should Talk – originally titled We Should Talk II. Either way, the slow-burning, 11-track set finds our boy R&B Kenny going through a spectrum of emotions in his relationship (or situationship, depending on how you look at it). Of course, he doesn't shy away from the bedroom, using his seductive tones to bring the heat with "I Want You, Pt. 1 & Pt. 2" featuring Chi-town singer-songwriter Isa, and "Making Love." But songs like "Distance" and "Frustrated" (a continuation of an intro featured on We Should Talk) prove there's more to this album than what goes on between the sheets. The regret expressed in "Don't Take Away Your Love" makes it hard not to reminisce about that "old thing." Meanwhile, Brandy-inspired "Sitting Up In My Room" and "Old School Love" featuring rising Nashville artist Rolynné gave us throwback vibes and all the feels.

Mr. Dixon may be speaking on behalf of the fellas, but his relatable lyrics and beat-heavy production deliver something both men and women will enjoy. Support independent music by purchasing a copy of N****s Get Emotional Too via iTunes and follow Kenyon's Twitter and Instagram feeds to see what's in store for 2019.


TAGS:  audio, Isa, Kenyon Dixon, Rolynné
Previous: Elijah Blake Shows Us What He Can Do In A Week With ‘Bijoux 23’ Next: The-Dream Invites Us To His Aural ‘Ménage à Trois’ With A Look at His ‘Sextape’