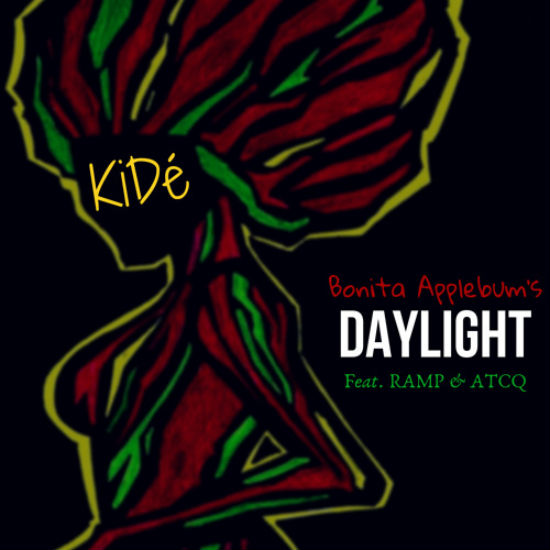 As the newest members of the revamped version of the legendary Roy Ayers’ protégé band RAMP (Roy Ayers Music Production), singer/songwriters Kia Bennett and Desiree Jordan, collectively known as KiDé, are looking to re-introduce themselves while also paying homage to the greatness that came before them. Both accomplished vocalists in their own right, while most would shy away from taking on the classics, the pair grabs the proverbial bull by the horns and puts their sweet and soulful touch on a 1990 hip-hop classic by A Tribe Called Quest. Aptly titled “Bonita Applebum’s Daylight” and in true mix-tape fashion, the Elise Perry-produced single features several elements of the original RAMP track “Daylight,” a verse from the ATCQ hit and even a nod to Erykah Badu with the hook from her single “Window Seat.” The addition of the duo’s delicate vocals and pristine harmonies make for a brilliantly modern rendition of all three groundbreaking tracks.

This latest offering is just a taste of what’s to come from KiDé. In addition to performing and recording as part of RAMP, there is also talk of creating a trilogy of RAMP remixes on the Japanese independent label, P-Vine Records. Given their reputation for stellar work ethic, it should come as no surprise that both ladies continue to work on solo projects. Kia, a Richmond-native and former member of the group Entyme, which also featured SoulBounce fam Geno Young, Sy Smith and Yahzarah, is working on the full-length follow-up to her 2012 debut EP Duet of Daffodils. Meanwhile, Desiree, a native Washingtonian who has made it her mission to #KeepGoodMusicAlive, continues to work on the follow-up to her 2017 EP The Principles Present: Desiree Jordan.

Catch a nostalgic, jazzy, neo-soul and hip-hip vibe and give “Bonita Applebum’s Daylight” a spin below. Download and add the track to your collection, and be sure to keep up with KiDé on Instagram.