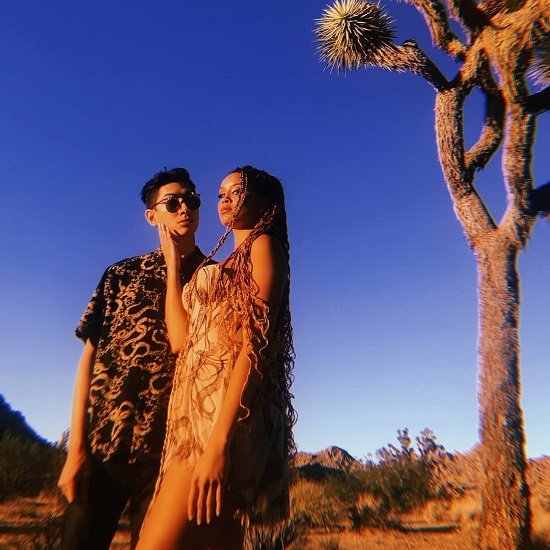 We're a little miffed by Lion Babe right now if we're being honest. The New York-based duo has been dropping hot tracks all year, no doubt, but they've been teasing a brand new album since at least Summer 2017 and we've yet to see it materialize. Of course, we can't be too mad at them when they keep dropping hotness just when we start to ask what's going on. They do so once again with the release of two new singles to close out 2018. There's a twist, though, as the twosome takes on two classic songs with covers of Carly Simon's "Why" and Little Beaver's "Get Into The Party Life."

For "Why," singer Jillian Hervey channels Carly by putting her own vocal spin on the 1982 jam. This new version comes off just a tad bit more soulful, though, thanks to her warm vocal and the layering technique applied, giving us a chorus of her ethereal vocals that reverberates across the music accompanying them. Meanwhile, the slight reggae tinge that the song's original producers Nile Rodgers and Bernard Edwards imbued it with is played up even more. The bass hits hard as synthesized steel drums keep the melody going. It's all mixed together with modern programmed drums to make a fun pop jam.

They reach back even further for their cover of "Get Into The Party Life." The song, which was first recorded in 1974, has seen its share of covers and samples, so Jillian and Astro Raw don't attempt a completely faithful take here. Instead, they interpret the song in their own style, complete with hard-hitting bass and a few extra ad-libs to spice things up from the soulful original. It's a smart move, as they truly make the song their own while still keeping key elements of the track (like its memorable guitar riffs) intact.

You already know that we can't stay mad at LB forever, especially when they're dropping covers as nice as these. But can definitely for certain see a new album in 2019, guys? While we wait for an answer to that question, press play on both "Why" and "Get Into The Party Life" below.