Michelle Williams Shows Us Just How ‘Fearless’ She Is 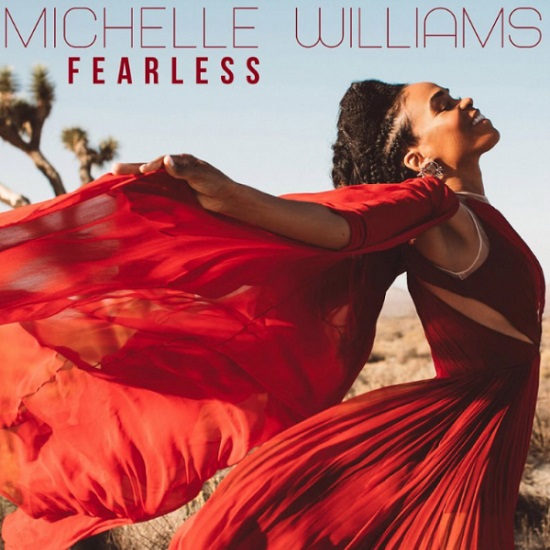 Michelle Williams allowed us a very intimate peek into her life and her love story with her OWN reality series Chad Loves Michelle. Sadly, Michelle revealed today that she and her one-time fiancé Chad Johnson have called it quits . Michelle is ever-resilient, however, and she's moving on to the next in a big way. The former Destiny's Child singer returns to the music world today with the release of "Fearless," her first single in nearly four years.

The singer, who has bravely battled severe depression in the public eye, steps into her strength on the track — a triumphant and inspirational number about stepping forward into your light. The lyrics sheet is full of quotables for anyone looking to conquer their fears, including lines like, "I know you're scared of heights / But take the jump anyway," and the battle cry of a bridge: "'Cause there's a passion / Movin' at the speed of light / We're fightin' the challenge / Of troubles deep inside / Every nation / Standin' side by side / That don't mind givin' / Givin' the best of life." This is also sung atop power pop production. Electric guitars buzz, piano is played urgently and synths blare as Michelle sings out in defiance as she declares her freedom from any fear that might stand in her way.

While this one might lean too far into pop territory for those who might be looking for the signature soul or gospel we've come to know Michelle for, we can't fault the singer for creating an anthem to help herself and anyone else who needs to hear it a boost of confidence. Push through, Michelle! Take a listen to Michelle Williams' claiming her own victory with "Fearless" below and make sure to see her back on the Broadway stage in Once On This Island before the show closes on January 6th.


TAGS:  audio, chad johnson, michelle williams
Previous: Masego Shares A Few Of His ‘Favorite Tings’ Next: Slim & Mike Of 112 Want To Know If You’re Down For Whatever ‘Tonight’