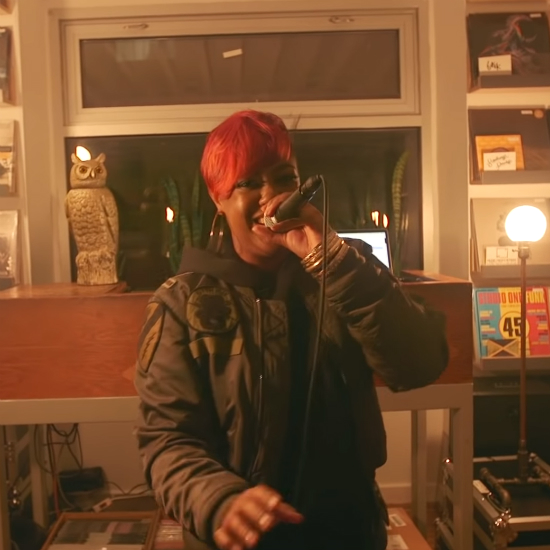 Rapsody turned up when she recently teamed up with NPR Music's Night Owl series for a live performance at Turntable Lab in Manhattan. The series features intimate, late-night performances from the most unexpected corners of the country, though its no surprise Rapsody chose the quaint location surrounded by vinyl records. The North Carolina native decided to perform her track "Sassy," which earned her a Best Rap Song nomination at this year's GRAMMY Awards.

The femcee dropped the beat on the computer and moved around the space like she owned it. Moving back and forth, she hypnotized us with her clever verses, all while getting her two-step on. "Diamonds tween my knees / Oil wells in thighs / Does my sassiness upset you? / Oh, you mad cuz I survived?! / On the way up," she confidently spits. Keep watching to catch Rap even hit the Butterfly.

At the end of the performance, Rapsody says "that was a vibe," and indeed it was. For more Rapsody, you can find her flowing on 9th Wonder's Jamla Is The Squad II compilation.


TAGS:  9th wonder, rapsody
Previous: Isabelle Brown Is Going ‘Places’ Next: This Kenya & Gerald Albright Collaboration Is One Of Our ‘Favorite Things’ About The Holidays