Robin Thicke Shows Us The Joys & Struggles Of Life In ‘Testify’ 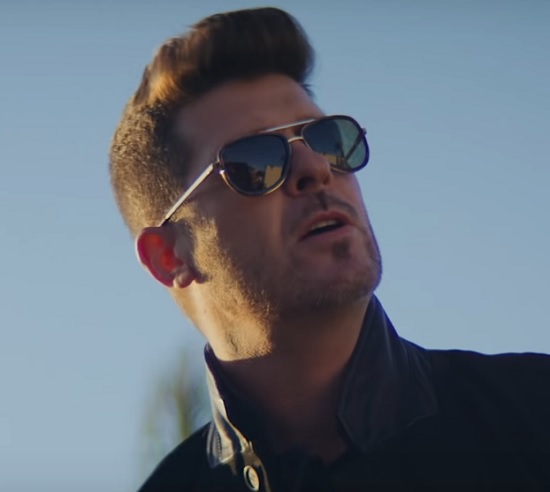 It's not easy being Robin Thicke these days. Yes, he's lived the glamourous life of superstardom and had a TV star for a dad. However, recent years have provided him with just as many major setbacks as they have with personal joys. Thicke addressed all that's been going on in his tumultuous life with recent single "Testify." Now he's expanding the song beyond the scope of himself with the song's recently released video.

The clip finds the singer-songwriter playing acoustic guitar on a sunlit balcony as he sings the track. It's a setting that matches nicely with the track's opening lyrics and breezy sound. As the song's lyrics shift toward the introspective, we're shown images of people navigating everyday life. The camera focuses on the good and bad — from how the US homeless population is mostly overlooked to the innocence of children playing in school. By showing each scene with equal amounts of dignity, the clip is a reminder that no matter our station in life, we're all in this thing together.

As we mentioned before, "Testify" is the lead single from Thicke's upcoming album, which is expected to arrive in the new year. Take a look at Robin Thicke's latest below.


TAGS:  robin thicke
Previous: Lion Babe Gives Us One Last Roar Before Year’s End With ‘Why’ & ‘Get Into The Party Life’ Next: Vic Mensa & Ty Dolla $ign Are Looking To Get ‘In Some Trouble’