SoulBounce Exclusive: Valipala Lets Us Further Into Their ‘bubble’ With ‘Joanne’ 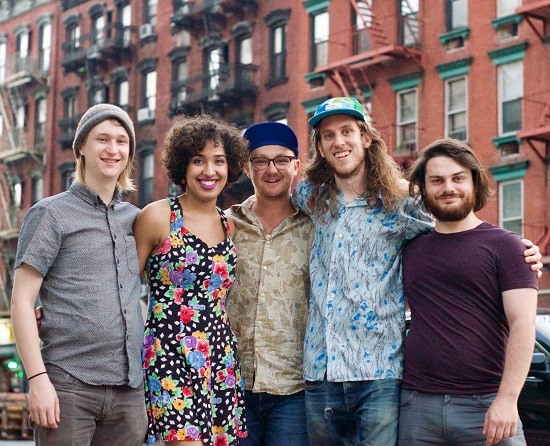 We don't know about you guys, but we became totally enamored with New York-based band Valipala upon hearing the wonderful "Yes!" from their upcoming album bubble. The project, which will focus on the process of challenging our own comfort zones in different ways, has many more gems on its tracklist. As a matter of fact, allow us to prove that to you with the premiere of the band's latest single, "Joanne."

"Joanne, like all of the songs on bubble [their upcoming album], follows one of the many paths you can take when confronted with the limit of your personal bubble," the band said in a statement. It builds off “Yes!,” in which "[their] hero bursts through and manages to confess their love, the story ending in a cliffhanger at the critical moment. Here, the opposite strategy is taken, with the protagonist choosing a life of solitude over making any kind of risky move."

Like "Yes!," "Joanne" travels in a soulful sound reminiscent of when bands were an R&B mainstay. Strings and horns abound at the track's beginning and are tied together by dreamy keys courtesy of bandmember Aviv Goldgeier. It's the perfect opening for the group's vocalist Lauren Scales to weave a juicy tale that belies the sweet soulful backing music. We won't spoil all the details here as we want you guys to experience the journey just as we did, but just know that the song deals with the ache of unrequited love quite artfully. While that will definitely keep you interested, it's the band's musicianship that will ultimately reel you in. Trumpeter Evan Lane makes the track soar with his playing throughout while bassist Nick Trautmann and drummer Matti Dunietz help keep everything in the pocket. It all results in yet another musical win for the quintet.

"Joanne" will be officially released this Friday, December 7th. However, you can get your first listen to the track in full below. As well, if you're in the NYC area tonight, you can check out the band live at the "Joanne" release show at Mercury Lounge.