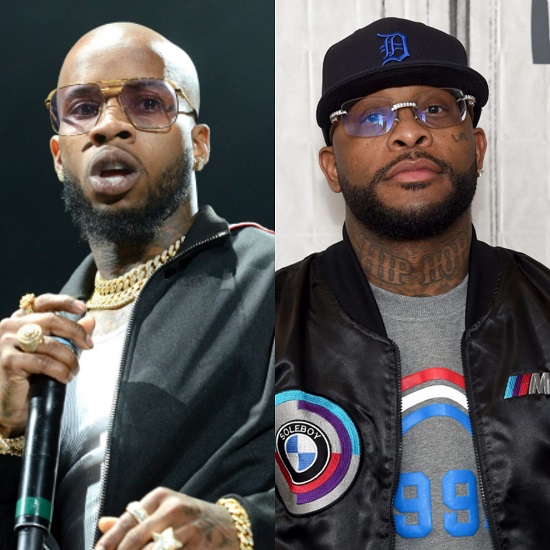 Another week, another Twitter beef. The latest rappers to spar on the micro-blogging site are none other than singer/rapper Tory Lanez and rap vet Royce Da 5'9". It all started when Royce offered his own two cents about who the victor was in a rap battle between Lanez and Joyner Lucas. Apparently, Tory didn't like that Royce gave Joyner the W and let it be known. "That’s why u rappidy a** n***as always had the wrong conception of a W … shows why y’all careers look how they look now." Royce was willing to let bygones be bygones and chalked up Lanez's disrespect to him being new, but Lanez kept poppin' off and even mocked Royce's name by calling him "rolls 57." This provoked Royce, who tweeted, "My n***a … If you tryna get yo muf**kin a** beat, you doing everything right. I’m giving you the benefit of the doubt because you Canadian. Now go play somewhere before I get upset.." Things kept getting pretty spicy after that, with taunts, threats and promises made via the social platform. However, it seems the dust from the e-scuffle has settled. A couple days after the fact, Lanez tweeted out, "Spoke to Royce ... Very productive conversation ... we good." We're just glad this beef stayed online. #TwitterFingers