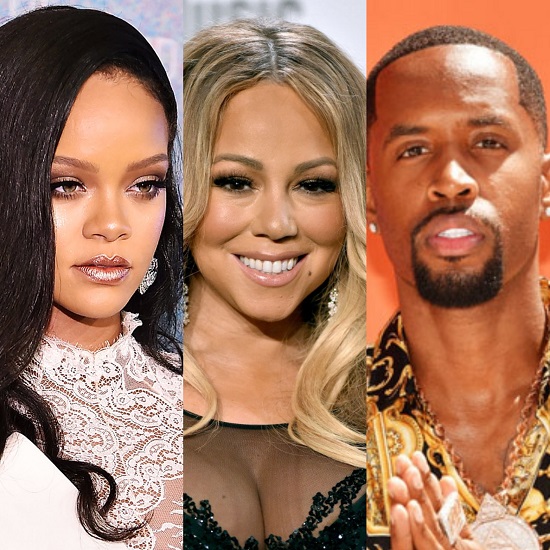 It's the final countdown on 2018! This year has come with its share of ups, downs and in-betweens along with a few shocks and surprises. But now that things are coming to a close, everyone's looking forward to what the new year will bring. That included our favorite music stars, who are ending the year with plans and milestones as they set themselves up for success in the 1-9. Our girl Rihanna is one such star and she's planning the release of her upcoming ninth album in the new year. Meanwhile Christmas queen Mariah Carey reigned supreme over the holidays and broke Spotify streaming records in the process. Rapper Safaree also made major moves and plans when he proposed to Erica Mena over the holidays...and she said YES! All that, plus news on Justin Timberlake's new dubious honor, why people are banding together to ban Jacquees, Dionne Warwick going to court over tax issues and more. Get into the last TWISB of the year when you read on.