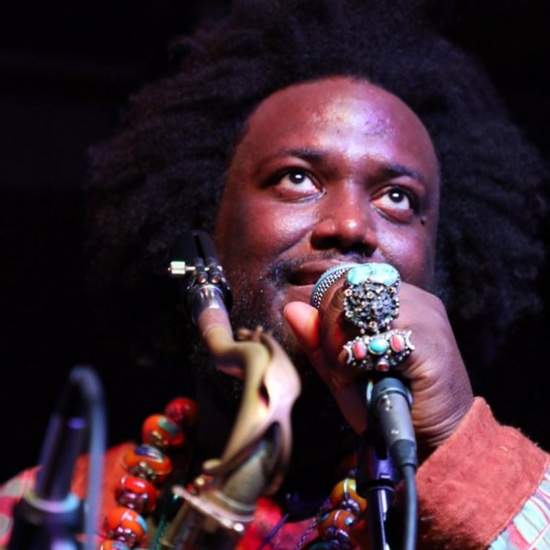 Kamasi Washington gave us a brilliant opus with this year's double album Heaven And Earth. In fact, with some much creativity and experimentation found on the record, we weren't expecting any new output from the saxophonist. Well, color us pleasantly surprised. Kamasi recently announced that his film As Told To G/D Thyself, which is inspired by his sophomore album, will be premiering next month at the Sundance Film Festival. The project was directed by Ummah Chroma, a director collective made up of Bradford Young, Terence Nance, Jenn Nkiru, Marc Thomas and Kamasi himself. Given that lineup and the rich sounds and subject matter found on Heaven And Earth, we can only imagine how fantastical that film's gonna be. #KamasiDoesSundance