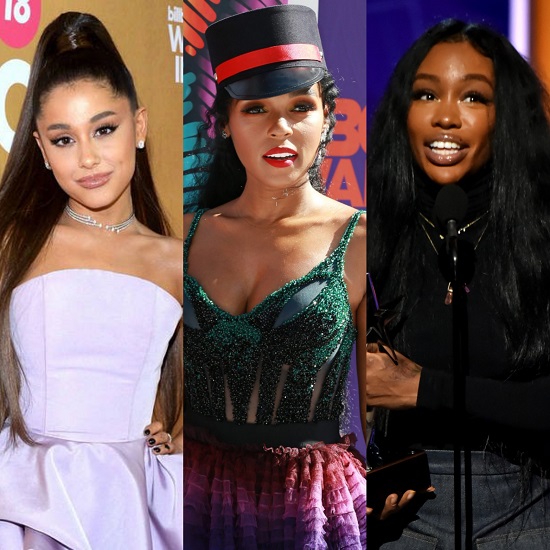 This year's Billboard Women In Music event was as star-studded as it has been in previous years. However, this year's honoree list was filled with a few SoulBounce staples. Janelle Monáe, whose Dirty Computer pushed boundaries for not only women in music but LGBTQ+ representation, was an obvious choice for this year's Trailblazer Award. Also on hand to be honored was SZA, who was presented by Anderson .Paak as she accepted the Rule Breaker Awards. Other honorees included St. Beauty, who received the Impact Award, and country singer Kacey Musgraves, who was honored with the Innovator Award. The woman of the night, though, was pop star Ariana Grande, who received the Woman Of The Year Award from Patti LaBelle herself. She also took a moment to acknowledge the tumultuous year she's had. "This has been one of the best years of my career and one of the worst years in my life," she said during her acceptance speech, which kept things refreshingly real. Here's to more women doing big things in the years to come. #CongratsLadies