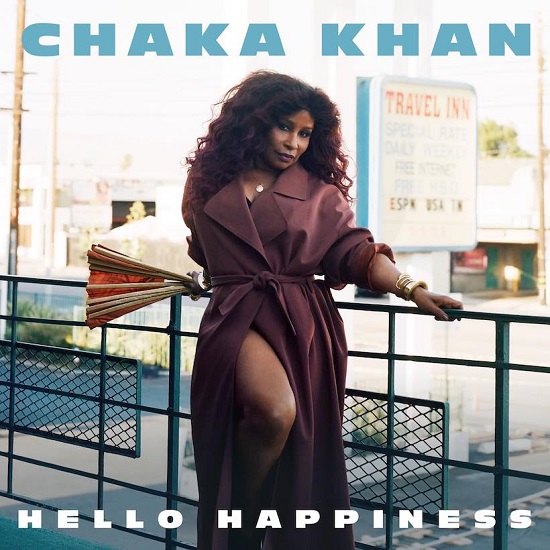 You better work, Chaka Khan! The 65-year-old music legend is on the verge of her biggest resurgence ever as her single "Like Sugar" is popping up on charts, in commercials and on several television series. That was just the first taste that we got of her upcoming studio album, Hello Happiness, which marks lucky number 13 for the icon. For the set, Chaka teams up with Switch and Sarah Ruba Taylor, joining their Diary Records imprint and releasing an album full of modern funk that's ready for the dance floor. Aside from "Like Sugar," we've also been treated the thump of the set's title track and we're sure to get more where that came from when the collection is released this February.

In anticipation of that, Chaka has also dropped a music video for "Hello Happiness" that captures the song's late night vibe. All the action of the video takes place around a phone booth at a motel in the 1970s. Lots of characters wearing period-appropriate attire crowd in and out of the booth for various reasons — with some more illicit than others. Even Mama Chaka gets in on the action, using the booth as a studio as she belts out the song as only she can under the fluorescent lights of the small space. When all is said and done, cops are called, punches are thrown, relationships are ended and another eventful night comes to a close.

You can check out the video for "Hello Happiness" below and pre-order Hello Happiness the album right here ahead of the set's release on February 15th.


TAGS:  chaka khan", Sarah Ruba, switch
Previous: Pharoahe Monch Details The Tale Of ‘Yayo’ Next: Get A First-Person View Of What It’s Like When Tank Does You ‘Dirty’