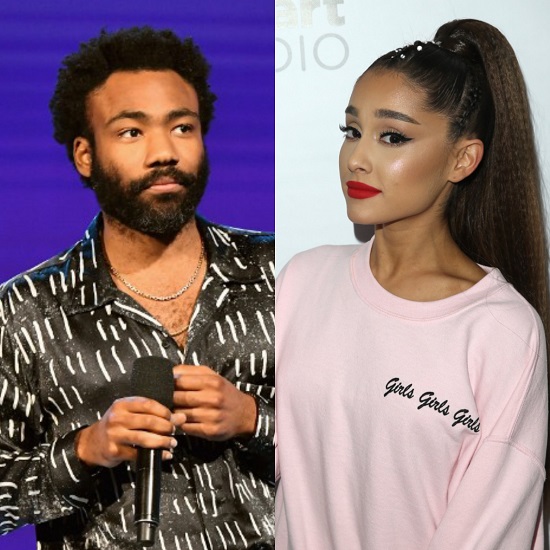 The new year may have just begun, but we're already getting our wallets ready for the upcoming festival season. While the summer is sure to be chock full with some of our faves hitting the stage, the season's official start comes this April with the arrival of Coachella. Last year's edition became the talk of the world thanks to Beyoncé shutting ish down with the blackest performance the festival had ever seen, causing some to rechristen the annual event "Beychella." We don't know if the same will happen with any of the April festival's recently announced slate of performers, but we know they've picked a few heavy hitters as headliners.

Childish Gambino will be bringing his hybrid rap-soul as he offers a few of his final performances under the moniker as the Friday headliner. He'll be backed up by a doozy of acts, including SoulBounce faves Janelle Monáe, Anderson .Paak and his band The Free Nationals, Ella Mai, Jaden Smith, dvsn and newcomer Tierra Whack. The festival's Saturday lineup is just as packed. Rock band Tame Impala headlines, but we're way more interested in acts like Solange, Kid Cudi, Wiz Khalifa, Smino, FKJ, SiR and a little-known DJ by the name of Idris Elba who also get their time to shine. For the final day of the festival, pop star Ariana Grande is the biggest name, but she'll be joined a who's who of others — including Khalid, H.E.R., Blood Orange, Pusha T, Unknown Mortal Orchestra, Kaytranada, Lizzo and Emily King. Of course, there are many more acts to choose from as the Indio, California festival is known for its diverse representation of musical genres and performers.

Tickets for the two-weekend event go on sale this Friday, January 4th, at 11 a.m. PST and are sure to be a hot commodity so we hope your bank accounts are ready. Get into the full lineup in the flyer below and head to Coachella's website for more info. 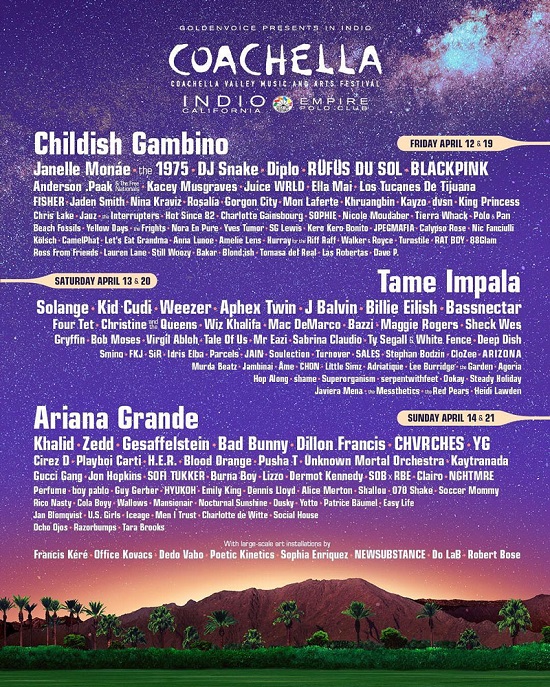