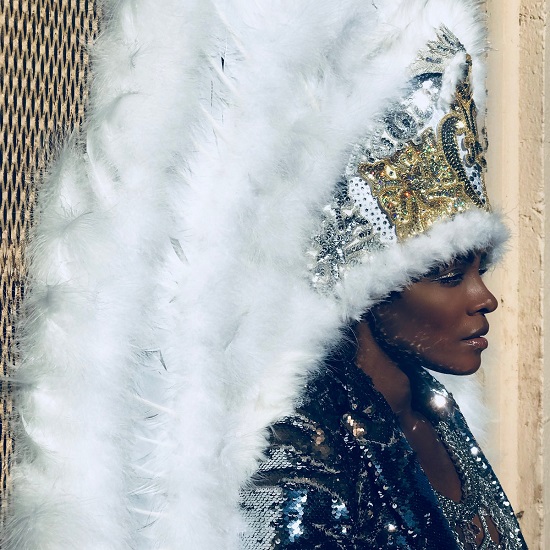 After hitting us off with her "new breed" back in November, DAWN is putting the final touches on her album of the same name before its arrival to the masses. Judging by the sounds of the title track and lead single "jealousy," the collection is sure to be full of the singer-songwriter's unique take on modern R&B that gives things a futuristic edge. Before she drops the album in our laps, though, she gets us even more ready for its arrival with new single "sauce."

Though "sauce" has been used as slang for swagger and style for a while now, DAWN gives the word a new (and much more adult) meaning on the new single. She turns to Hudson Mohawke and Cole MGN for production duties and the fellows provide her with a pretty boss musical backdrop. The emphasis is on "boss" because DAWN takes the opportunity to exert her sexual prowess all over the track. As the bass thumps and a soulful sample loops in the background, she makes sensual come-ons that would make anyone hot and bothered. "It's the weekend and I'm greedy / I’ve been a good girl all week / So I can dirty them sheets from Friday to Sunday / No breaks," she sings. She then lets her fella know exactly how she's gonna ride him. Is it hot in here or is it just us? Though her lyrics come at a pretty quick pace, she rides the beat like a pro as her words drip sexual energy all over the place with thinly veiled innuendo and outright demands that will have you all lost in her sauce.

So far, DAWN's new breed is three for three and we highly doubt she'll disappoint when the set drops on January 25th. Get a taste of "sauce" when you press play below.


TAGS:  audio, Cole MGN, DAWN, Dawn Richard, Hudson Mohawke
Previous: Andreya Triana Remembers The Bright Side Of Being ‘Broke’ Next: Emily King Finds Love Within Herself On ‘Can’t Hold Me’