Ella Mai Has No Time For Lames In ‘Shot Clock’ 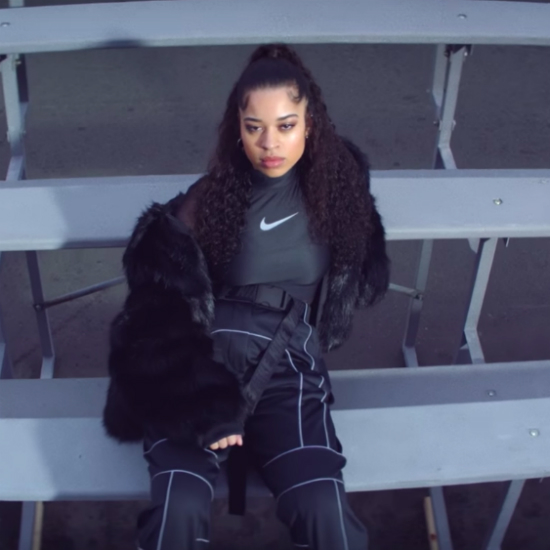 Ella Mai is coming out strong in 2019. After having a very successful 2018 with the release of the hood single of the year, "Boo’d Up," she’s now released the video for another standout track from the album, "Shot Clock."

On "Shot Clock," Ella is giving a man who is acting like he wants to be in her life an ultimatum to step up and shoot his shot. Borrowing a few lyrics from Drake’s "Legend," Ella lets a potential lover know that he’s wasting her time and he better get with the program. Her message is underscored by midtempo production with synths, finger snaps and some '90s-esque harmonies from a male background vocalist. Also, the modulated thug voice talking cash sh*t to her potential suitors doesn’t hurt.

In the video, Ella has three men stepping to her, with a literal shot clock hanging in the distance. The clip opens with Ella sitting on some bleachers in front of a store in an LA neighborhood. We then see a couple scenes where Ella is out here trying to get chose but no one has the right game to put her on their team. In addition, we also get scenes of the basketball players running around the court, almost like a slight homage to Aaliyah’s first video "Back & Forth," as the singer would have celebrated her 40th birthday the day before the video’s release. The shot clock and bleachers work as subtle elements that reinforce the metaphor of the track.

Ella Mai is currently on her The Debut Tour, selling out music venues and taking names. With that and multiple GRAMMY noms for "Boo’d Up," 2019 looks to be just as big for the rising star.


TAGS:  aaliyah, drake, ella mai
Previous: Lucky Daye Has A Run-In With ‘Karma’ Ahead Of ‘II’ Next: Seinabo Sey Stops By ‘COLORS’ to Reveal Her ‘Truth’