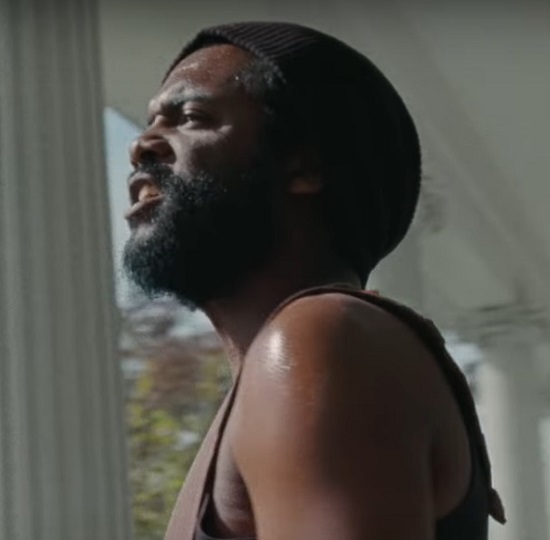 We haven't gotten new music from Gary Clark Jr. since he dropped his second major label studio album The Story Of Sonny Boy Slim back in 2015. You don't have to wait any longer for new music from the bluesy soul man, though, as he's officially announced that his new album This Land will be arriving in stores this year. He's leading off with the set's fiery title track as the lead single and video from the project, proving that he's got a lot to say about the state of the world.

"This Land" finds the singer-songwriter delving into the black experience in America as he further leans into his fusion of rock, soul and blues on the track. Guitars buzz and blare as he offers a treatise on America's problem with race. "Paranoid and pissed off / Now that I got the money / Fifty acres and a Model A / Right in the middle of Trump country," he sings as he discusses living in "middle America." He then speaks to the constant surveillance it seems that blacks are under, especially with the Permit Pattys and Barbecue Beckies calling the cops on people just trying to have a good time. But he saves the most indicting lines for the chorus while staking claim to the land where he was born, defiantly singing, "F**k you, I’m America's son / This is where I come from."

The video for "This Land" brings the song's message home. It features black children in a Southern Gothic setting among Confederate flags, endless fields and crackling fires burning on front lawns. Though a more nuanced approach than the song's very direct lyrics, the video's imagery definitely gets the same sentiment across, especially in scenes of Gary dressed in all black and performing the track while standing on a plantation veranda.

If the rest of it is anything like this, we have a feeling that This Land is going to be a powder keg of an album. Watch the video for the title track below and look for the project to arrive on March 1st.


TAGS:  Gary Clark Jr.
Previous: The SoulBounce Q&A: Estelle Talks ‘Lovers Rock,’ Reggae Music & Her Inspirations Next: Tank Is Down To Get ‘Dirty’