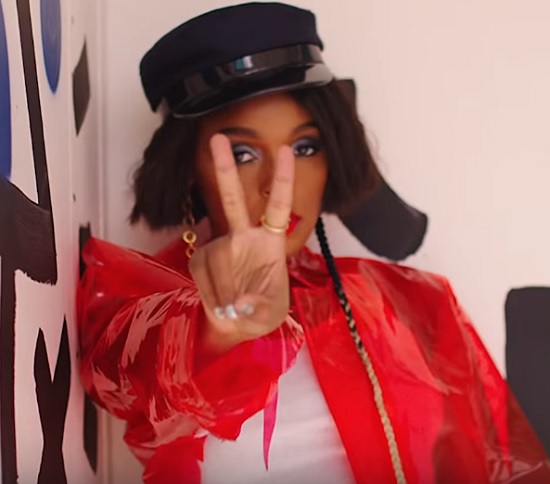 2019's just begun and Janelle Monáe already has a pretty packed schedule. She'll be taking the stage at two of the year's biggest festivals, Coachella and Glastonbury. Not to mention she has more than a few film projects in the works as we speak. While most would be exhausted just thinking about it all, Janelle keeps pushing through while riding high on last year's Dirty Computer, releasing the video for the set's Zoe Kravitz-featuring track "Screwed."

The politically charged song about how the system's got us f**ked up (take that in any sense of the term you want) was a surprisingly enjoyable track from the set which was further bolstered by Zoe's feature. She's not in the video, though. Instead, we get another excerpt from the Dirty Computer emotion picture that furthers the narrative established in previous clips. Her love interests, one played by Hollywood star and close personal friend Tessa Thompson, and a few friends join in on an '80s-inspired counterculture romp. They dance in the face of societal collapse, celebrating while they cry, "You f**k the world up now, we'll f**k it all back down." Their fun times are interrupted, though, when the man unexpectedly snatches Tessa away from the group. What's a rebel to do?

Of course, if you've watched Dirty Computer in full, you already know what happens next. But for those of you who haven't, check out Janelle and crew partying like the world's gonna end in "Screwed" below and check out the rest of the emotion picture on YouTube.