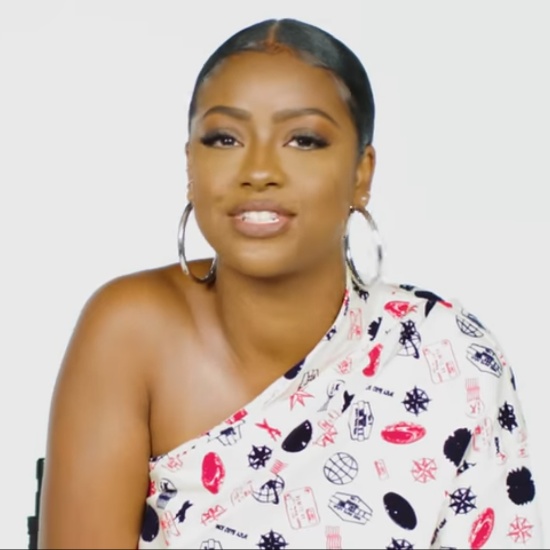 After setting the internet ablaze upon receiving a not-so-subtle shout out from GoldLink on his most recent performance on the COLORS platform, singer/songwriter/model Justine Skye sets her sights on ELLE magazine and attempts to beat them at their own game. The Brooklyn-bred beauty joins the likes of Ariana Grande, Kelly Rowland and Ella Mai, and takes on the international lifestyle magazine in a game of "Song Association." Though the rules are relatively simple, the game does require quick thinking and a wide breadth of musical knowledge. Basically, guests are given a word and they must sing a line of a song containing that word in 10 seconds. For those of us who pride themselves on their mental lyrical rolodex, this sounds like fun and may even serve as a new addition to our list of ice-breakers and drinking games.

While our girl Justine didn’t hit all of the marks, she wasn’t too shabby. She was able to achieve a score of 11 out of a possible 15 while singing her version of hits from artists like Beyoncé, Keyshia Cole, Jennifer Lopez and John Legend. She was a great sport about it all, even laughing at herself when she fumbled on a few of the lyrics. Overall, it’s an adorable feature and after opening up about her experience with domestic violence through the video for her single "Build," we are happy to see her in good spirits. Between her collaboration with DJ Cassidy for his single "Coolin’ By My Side," her bubbly demeanor in this clip and her recent Instagram post showing her cheek to cheek with GoldLink, we're thinking she’s made peace with her past and may have even found love again. Hopefully all of this bliss will result in new music, and maybe even a few duets with her rumored new boo.

While we speculate, watch Justine Skye take her turn at a round of ELLE magazine’s "Song Association" game below.