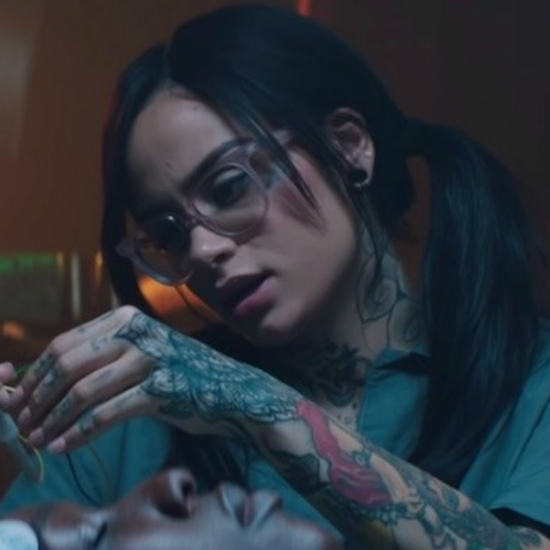 How often do we find ourselves pining after someone we know is no good for us? That’s the main issue that Kehlani is struggling with in her new single “Nights Like This” featuring Ty Dolla $ign. Kehlani and Ty sing about those nights where the love below starts talking to you and your mind wanders to thoughts of the ex who did you dirty.

“I just want to text you, but for what? / You gon’ say you want me and go switch it up,” Kehlani sings, expressing one of her usual matter-of-fact, round-the-way girl lyrics. Over a laid-back midtempo groove, Kehlani tries to address her lover in a push and pull situation. They’ve already done her dirty once, but is Kehlani a glutton for punishment? Ty adds his part from a man’s perspective, expressing how a girl “switched up on him like Gemini.”

In addition to the new track, Kehlani has also shared a creative sci-fi visual that pushes the concept of the song. Like a spiritual sequel to the movie Ex Machina, a dying robot shows up on Kehlani’s doorstep in dire need of repairs. Luckily, Kehlani has a garage full of hi-tech equipment, along with a connect with spare parts played by Ty, to restore the robot back to health. Kehlani starts bonding with the android, having intimate moments, sharing and creating memories. But during the bonding process, the android becomes obsessed with her savior, plotting to take her life. It be your own androids.

Kehlani currently is putting the finishing touches on a new album, but first she has plans to release a mixtape in February. While the Bay area native has released a couple of loosies, including “Again” and “Honey,” not to mention features with Jessie Reyez and Cardi B, this will be her first full-length project since her debut album, SweetSexySavage was released in 2017. Hopefully the new album comes sooner rather than later. But, with Ms. Parrish now very pregnant and seemingly due any day now, we understand if she puts her baby girl before the needs of the Kehlani Tsunami. For now, get into the sci-fi hijinks of “Nights Like This.”


TAGS:  audio, Kehlani, Ty Dolla $ign
Previous: Sam Smith & Normani Find Each Other While ‘Dancing With A Stranger’ Next: Tiffany Evans Shakes Off Her Ex On ‘Switch Up’