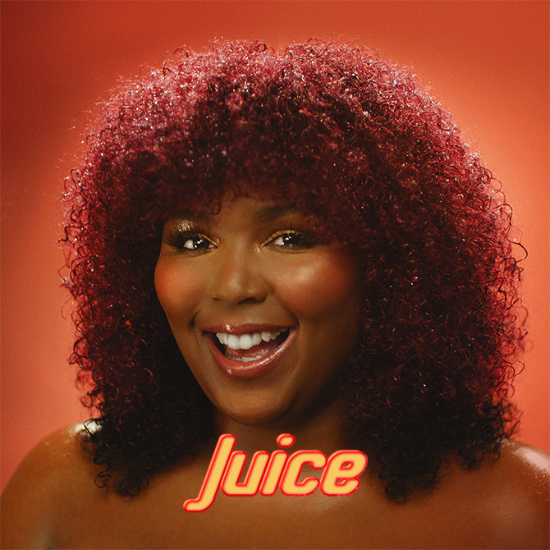 Once again, the incomparable Lizzo comes through dripping with a new banger. Titled “Juice,” the track is an upbeat thumper perfect for your New Year New You inspiration playlist.

For everyone getting their glow-up on in the gym, in their savings account or in or your career or whatever your goals may be, Lizzo lets you know that you’re all man or all woman because you’ve already got this. You’ve got the juice. A self-love anthem set against a Prince-esque funk backdrop, Lizzo pontificates on her undeniable qualities, and so will you as you sing along. “It ain’t my fault that I’m out here getting loose / Gotta blame it on the boost / Gotta blame it on my juice.” But Lizzo ain’t just out here shining on everyone, proclaiming she’s the “baddest bitch.” Because, as she states “Lit up like a crystal ball, so is you." Basically, the only ones left out in the cold are the haters.

Directed by Quinn Wilson, the video for “Juice” plays homage to '80s television. The clip starts with a clever homage to the 1988 film Coming to America, specifically the infamous Soul Glo commercial. But instead of jheri curl juice, she and her male model co-star pour a lotion by the name of “Juice” all over their bodies. Along with this cute scene, there are other '80s references, such as talk shows, exercise programs and infomercials. The description of the video asks that you “Watch. Sip. Repeat.” Thankfully, it doesn’t have to ask twice with this clever and cute clip.

Hopefully 2019 means big things for the rapper/singer/flautist. Lizzo hasn’t put out a new project since her 2015 EP, Coconut Oil. However, she’s still been grinding out infectious single after single, so there’s been no shortage of output from the Minneapolis native. We look forward to Lizzo sharing her secret sauce, ragu or whatever Fountain of Whew! she’s drinking from. But for now, we’ll settle for a few more sips of her “Juice.”


TAGS:  audio, Lizzo, Quinn Wilson
Previous: Skillz Is Back At It Again With His ‘2018 Rap Up’ Next: Chris Brown Is Back To His Old Ways With ‘Undecided’