Nas Ponders The Effect Of Original Sin In ‘Adam And Eve’ 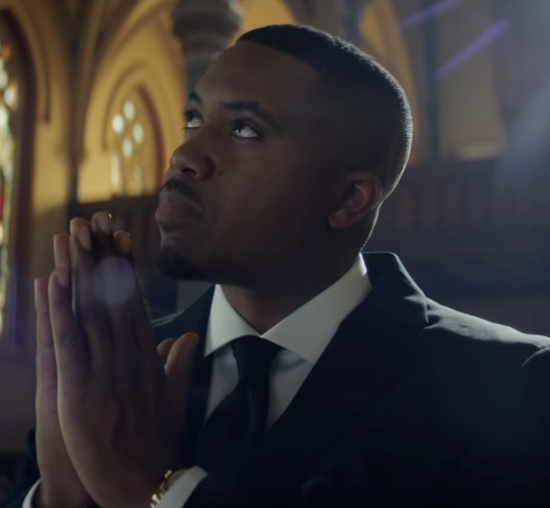 With the slew of Kanye West-produced albums that came out last June (not to mention Ye's own one-man media circus), it was easy for marquee artists like Nas to get kind of lost in the sauce. It looks like the rap vet is looking to make up for lost promotional time, though. Earlier this week he finally dropped the video for "Cops Shot The Kid" and now he brings the latest Nasir video, "Adam And Eve."

The song finds him confessing his own sins as he compares them to the original sin of the titular pair. To further reflect on this sentiment, the clip takes us to Nas' stomping grounds of Queensbridge while also showing the rapper performing in a cathedral. The religious imagery juxtaposed with scenes of everyday life in the PJs (especially images of playing children) creates an interesting visual conversation on its own. Paired with Nas' lyrics about his life and the possibility of passing sins down to future generations, the point is brought home even further. Stories of his life and times serve as both a story of his come up and skill and a cautionary tale of getting too caught up in the excesses of success. Then, as the song comes to a close, he tasks those of older generations with imparting their wisdom and lessons to the youth so that they may do better. The clip then ends with a modern recreation of the Nasir cover, reminding us that black youth never really get the chance to be innocent.

It's a thought-provoking video from a rapper who always manages to make us think. Let us know your thoughts after peeping "Adam And Eve" below.